Mercedes-AMG, the high-performance division of Mercedes-Benz, is going to celebrate its 50th anniversary in 2017, and it seems the German marquee is going to mark its celebration by launching a hypercar. An insider from the Mercedes F1 team has confirmed that the much-anticipated Mercedes-AMG's F1-based hypercar is coming next year. This means the car will not only be as fast as a Formula 1 car, but you'll also be able to drive it in your neighbourhood. 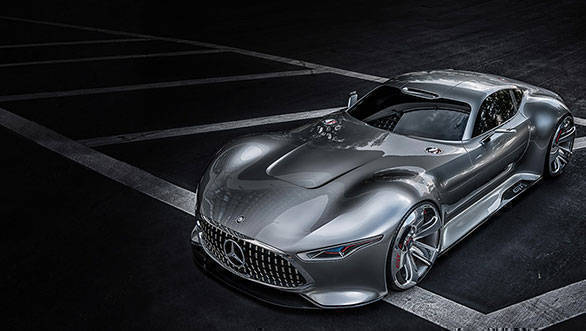 Dubbed R50, the street-legal monster will feature the same 1.6-litre turbocharged V6 engine as AMG's current W07 F1 racer. The engine will deliver an insane 1,320PS - enough to be too fast and furious.

The F1-inspired hypercar will come with a sub-1,315kg kerb weight and a chassis built around an F1-style carbon-fibre monocoque.

This F1-inspired project by Mercedes-AMG reminds us of the AM-RB 001, the ground-breaking hypercar by Aston Martin and Red Bull Racing. The AM-RB 001 will also be built around a carbon-fibre structure, and it's said to be powered by a high-revving V12 engine, mounted in the middle of the two-seat supercar.

Aston Martin and Red Bull will build only 150 street cars and 25 track-only versions of the AM-RB 001, whereas Mercedes-AMG is expected to release only 50 units of R50.

AMG's R50 will not only be superfast, but it will also be super expensive. AMG is expected to price its F1-inspired hypercar at $4.46 million.