Mercedes-AMG has unveiled its latest car, the E 63 S 4MATIC. The all-new E-Class was showcased earlier this year and is coming down to India next year. We expect the E 63 and E 63 S 4MATIC+ to follow suit soon. 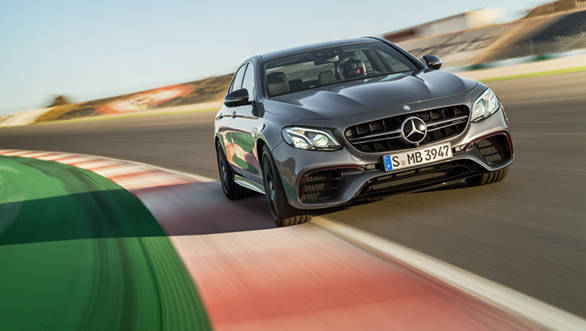 The 2017 E-Class is built on a new platform and has a sophisticated design language. The Mercedes-AMG E 63 takes it to an aggressive level. The grille has become bigger and both the corners are connected by a thin chrome line with the three-pointed star logo in the middle. The air intakes too are huge and are more of a function over form with air being directed to those big wheel arch coolers (19-inch wheels on the E 63 and 20-inch for the E 63 S). Mercedes-AMG claim to have introduced a coupe-style bonnet with several creases on it for the E 63 twins. On the sides, the only differentiator between the two are more chrome inserts. The rear has an integrated spoiler while the twin tail pipes are housed in huge diffuser inserts. 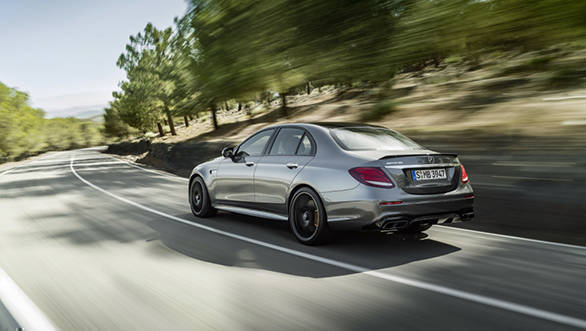 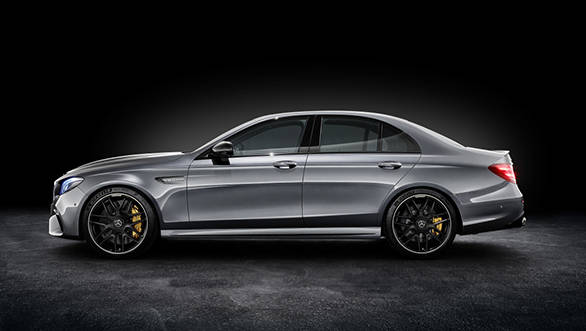 But the big news isn't about the E 63 differs from the regular car in looks. It's more about the firepower under the hood. Mercedes-AMG have the 4.0-litre twin-turbo V8 motor that puts out 571PS/750Nm while the S variant takes it a notch higher with 40PS/100Nm extra. Acceleration times? Mercedes-AMG claims a 0-100kmph time of 3.5s for the former and 0.1s less for the S, with the help of RaceStart and a 9-speed multi clutch transmission. In the past, we have had issues activating RaceStart for that perfect launch. Not anymore, says Mercedes-AMG. Like other manufacturers, the launch control can now be activated by slotting the transmission lever into Sport/Sport+ mode and then pressing the brake and accelerator pedal together. Cylinder deactivation too is part of the package and this helps the AMGs extract more from a litre of fuel - 11.23kmpl to be exact. 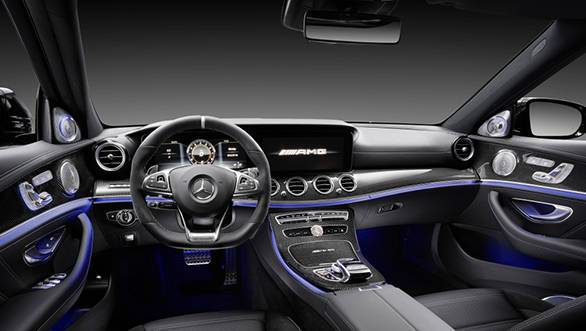 To put all this performance to the road, Mercedes-AMG have equipped the E 63 and E 63 S 4 MATIC with all-wheel drive system. While the cars will be rear-wheel driven most of the time, detection of loss of traction will ensure that power is directed to the front wheels as well. Ohh well, you can also drift this car with ESP deactivated and transmission slotted in manual mode and by use of paddle shifters. If you think this is going to be a really stiff car for everyday use, Mercedes-AMG claims that it is nearly as comfortable as the standard E. The E 63 twins get a suspension based on the Air Body Control and vary according to the surface. 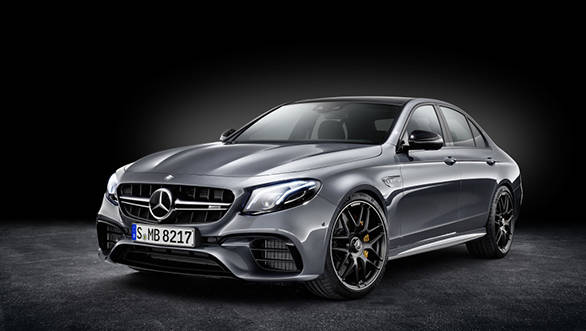 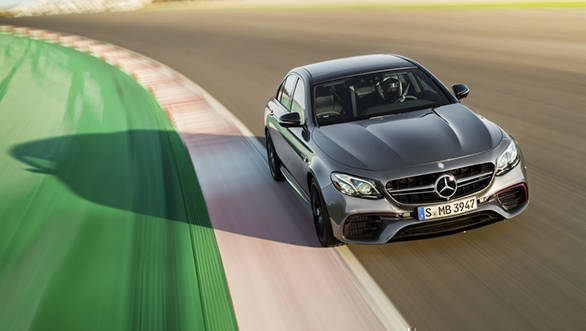 To put more exclusivity into these cars, there will also be an Edition 1 which brings in a bit more of equipment and will be available for a limited time. Market launch globally will be in March 2017 and we expect India sales to start at a later stage.