Mercedes A-Class gets 400+ bookings within 10 days of launch 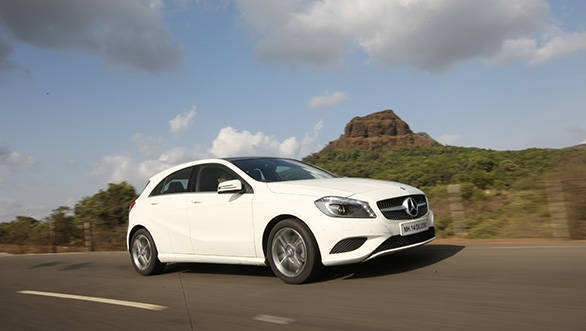 Mercedes, which recently launched the A-Class hatchback in India, claims that it has received more than 400 bookings for the car. The company says that this is the highest-ever booking it has received for any model across its range in India. The "compact luxury" car from the German manufacturer is available in a choice of both petrol and diesel engines, with prices starting from Rs 21.3 lakh ex-Mumbai. The other compact, albeit a bigger one, that Mercedes offers in India is the B-Class which is available only with a petrol engine. The petrol engine in the A-Class is a 1.6-litre turbocharged unit which makes 122PS, similar to the one in the B-Class. ARAI certified fuel efficiency for this engine is 15.5 kmpl. The other engine, the 110PS 2.2-litre 4-cylinder diesel claims a fuel efficiency of 20.07 kmpl and will be introduced in the B-Class shortly.

We've questioned the wisdom of Mercedes' launch of the A-class in the past, considering its position in the lineup and the inordinately high price, but clearly the market believes otherwise. What's interesting to note is that this car is a CBU, i.e not assembled in India. Despite this and the attendant higher cost, the A-class could set off a new trend for premium or expensive hatchbacks. Mercedes has stated that they will not assemble the A-class in India until numbers justify it. Four hundred bookings in this short period of time is still not strong enough demand to indicate what the future of this car will be. What we do know is that Mercedes is also looking very keenly at introducing the AMG version of this car, which looks and performs significantly better than the versions available today.

Interestingly, competitors Audi and BMW will be taking a different route to attract the same audience. Rather than launching hatchbacks, both companies will offer sedan versions of the A3 and 1 series hatchbacks. However, if the A-class turns out to be a success story for Mercedes-Benz, we don't see why Audi and BMW shouldn't follow suit. The A-class could also open up a whole new game with manufacturers such as Volkswagen, Renault, Ford and Volvo - all of whom have large, more premium and performance-oriented hatches to offer - waiting in the wings for someone to establish the market. We could name the ones we'd like to see, including the VW Golf and Scirocco, the Renault Megane, the Ford Focus ST and the Volvo V40.

Eberhard Kern, Managing Director & CEO, Mercedes-Benz India commented, "Already a global sensation, the success of the A-Class in India reiterates Mercedes-Benz's stand that young India has now come of age and Indians who lead a global lifestyle today, value trendy design, dynamic driving and quality when it comes to their personal mobility preferences. The overwhelming success of the A-Class inspires us to push ahead even more aggressively with our New Generation Cars for the Indian market." 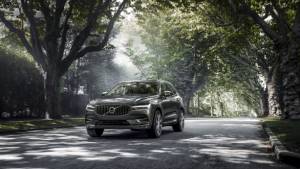 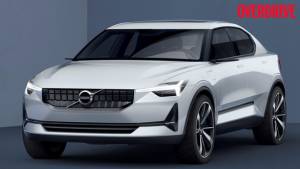