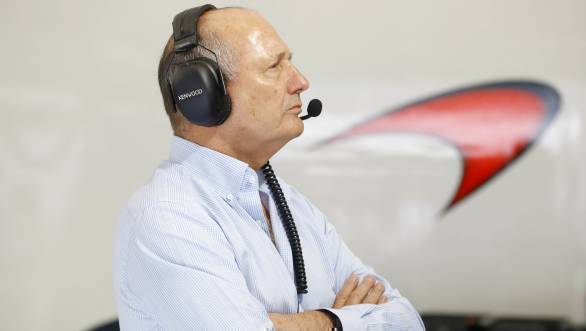 Is Ron Dennis soon going to be shown the door by McLaren? Reports say it is likely

Ron Dennis has been one of the more permanent faces in the F1 paddock. The Chief Executive Officer of the McLaren Group has been an integral part of McLaren's last 12 driver's titles as well as eight constructor's titles. However, it appears that Dennis and McLaren's association might come to an end soon.

Reports say that Dennis will soon be shown the door by the McLaren Group, after a group of Chinese investors have attempted to takeover the company for a sum of 1.65 billion GBP. Dennis might be voted out of his role as CEO by the other shareholders in the company.

Apparently a meeting that was held on Friday could result in Dennis being suspended from his role at once. Although, the McLaren Group has refused to release an official statement on the matter, the move looks likely.

What are the reasons for Dennis being removed though? One of the main causes is probably the fact that McLaren, while once a very successful team, has now been relegated to the back of the grid. The last race win they had was back 2012. The McLaren and Honda partnership has also proved to be something of a disaster. Further reports are soon expected.