McLaren GT will be premiering the track-only 650S Sprint and the P1 GTR at the Pebble Beach Concours d'Elegance this month. 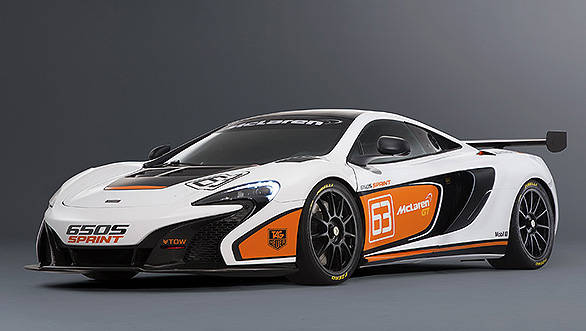 The 650S Sprint will be placed between the road going 650S and the new 650S GT3 racer which has been optimised for the race track. The Sprint inherits the 3.8-litre twin-turbo M838T  engine from the 650S road-car, but it comes tuned for higher performance and transmission for enhanced on-track driveability and driver engagement.

The 650S Sprint sports the inverted colour scheme of the 650S GT3, finished primarily in white with black and orange highlights. It shares a great many design features with its predecessor.  The 650S Sprint though has a lower ride height and sits on 19-inch centre-locking racing wheels, fitted with Pirelli slicks. There's also an on-board air jack system, fire suppression system, stripped-out cabin with FIA-approved roll cage and air-conditioning for added comfort.  A larger motorsport fuel tank with quick-fill connector, enlarged radiator for effective cooling and enhanced aerodynamics to manipulate airflow comprise other noteworthy features in the car. 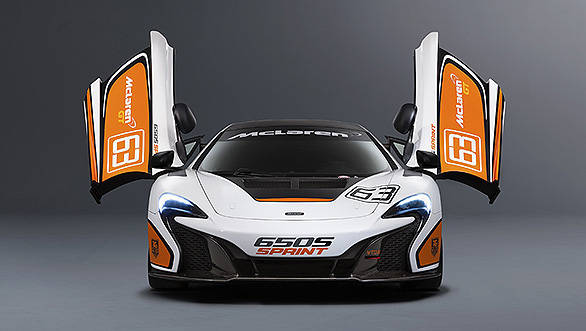 A range of options and upgrades are available including a CFD (computational fluid dynamics) developed aerodynamic package that includes a carbon-fibre rear wing and front splitter, a passenger seat with six-point harness, and even more lightweight components such as a polycarbonate windscreen. 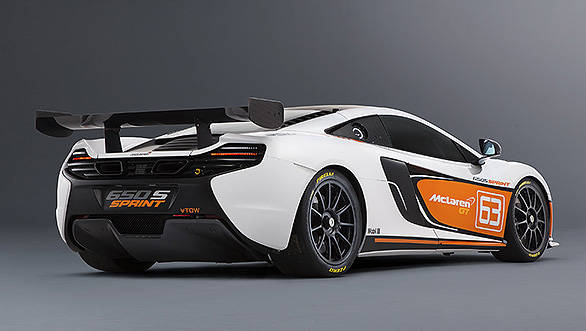 The 650S Sprint will be priced in the UK at £198,000, which is a neat Rs 1.6 crores. There's bound to be a lot more burning than just tarmac (and that hole in your pocket), if you're whizzing past people in a ride like this. 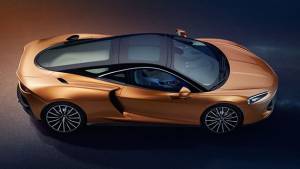