It has been barely three days that McLaren brought in the replacement of the 650S, the 720S, at the 2017 Geneva Motor Show. The McLaren 720S is based on the second-generation version of the Super Series line-up. While we were ogling at the 720S for some time now, an even more exotic version of the supercar has been unveiled by McLaren Special Operations (MSO). And they are calling it McLaren 720S Velocity. The highlight of the McLaren 720S Velocity has to be its unique red paintjob. The tuning division states that it takes 300 hours to gets the pearlescent hues of red on the supercar. The front and the upper panels feature nerello red while the sides get volcano red. The different transitions of red that run on the McLaren 720S make it look more appealing than the regular version. It also gets a red carbon-fibre bonnet and carbon-finished deck vent. Additionally, its contrasting bronze wheels make it look distinct compared to the regular iteration. The exotic treatment of the exterior is complemented by carbon black Alcantara trim with harissa red leather highlights. MSO has added the red-black combo to almost everything in the cabin and has still managed to make it look equally luxurious. For all that goodness, you need to spend £120,000 (~Rs 97 lakh) over the sticker price of the McLaren 720S of £208,600 (~Rs 1.69 crore). The McLaren 720S Velocity might look more exotic but continues to draw power from new 4.0-litre twin-turbocharged V8 that produces 720PS and 770Nm. McLaren states that the 720S can do 0 to 100kmph in 2.9 seconds and 0 to 200kmph in 7.8 seconds. The 720S can reach a claimed top speed of 341kmph. Even with all of that performance, the 720S delivers an overall efficiency of 10.7kmpl, states the company. 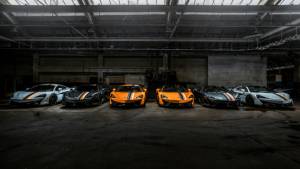 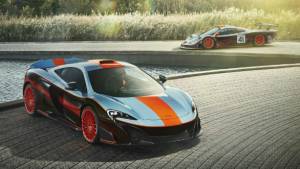 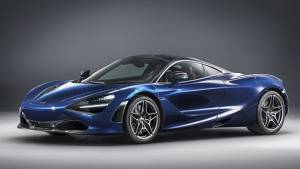