Maruti Suzuki has launched the Swift Deca limited edition which is available in both petrol and diesel versions. The Maruti Suzuki Swift Deca ZXi is priced at Rs 5.94 lakh while the Swift Deca VDi costs Rs 6.86 lakh (both prices, ex-showroom Delhi). The company says that the Swift Deca is a tribute to the sport of football and celebrates the spirit of the sports best players.

The Maruti Suzuki Swift Deca sports number 10 decals on the front door and wheel covers. In football, the best player in the team is usually assigned a jersey with the number 10. Since the Swift is one their popular models the company decided to launch this limited edition which carries the number 10. Compared to the regular Swift VXi (O), the Swift Deca VXi costs around Rs 22,000 more. The Swift Deca VDi costs around Rs 30,000 more than the regular Swift VDi (O).

Compared to the regular version, this limited edition version gets some cosmetic changes and additional features. There's a touchscreen infotainment system with Bluetooth from Sony along with door-mounted speakers and a reverse camera with parking sensors. On the outside, it gets body graphics along with side skirts and a spoiler. On the inside, it gets black and red themed seat and steering wheel cover, front armrest and ambient lighting. 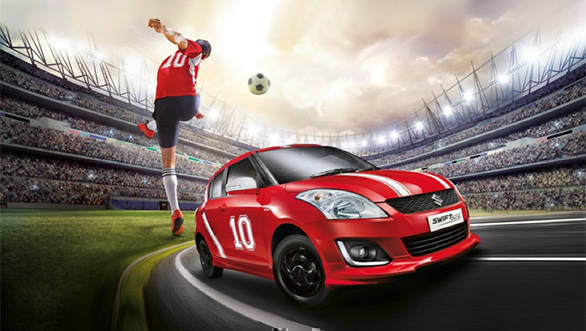 The Swift Deca limited edition gets no mechanical changes and continues to be powered by the existing 1.2-litre K-series petrol and a 1.3-litre DDiS diesel engine. The petrol engine makes 84PS and 115Nm while the diesel engine is good for 75PS and 190Nm of torque. It will be offered to buyers with a choice of two colours, namely bright red and pearl white. 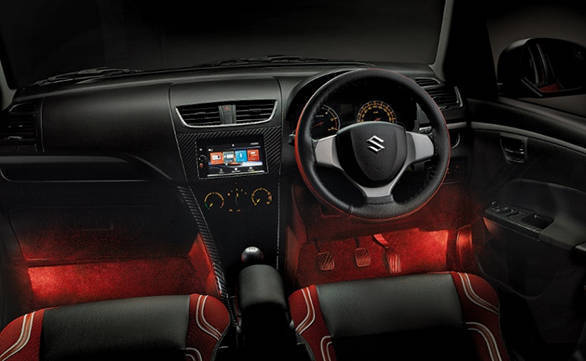 Commenting on the Swift Deca, RS Kalsi, executive director, marketing and sales, Maruti Suzuki, said, "Swift is a sporty, stylish and fun to drive car. The Swift Deca carries forward the sportiness and performance quotient associated with the brand."

The all-new Maruti Suzuki Swift is expected on our shores in late 2017. The next-generation Swift carries over some design elements from the Maruti Baleno. It will be powered by the company's new 1.0-litre turbocharged BoosterJet petrol engine.