Maruti Suzuki has released a set of new teasers which showcase some of the new features that will make it to the Maruti Suzuki XL6. The XL6 is the newest premium offering from the country largest carmaker and will be sold via its Nexa sales/service channels when it launches on August 21.

The features depicted here are the MPV's new all-LED headlamps. These sharply cut units are separated by a large upright grille, also teased here. The videos then show the new dark-wood panels on the dash and the all-black them on the inside. Also visible is the new seven-inch Smatplay Studio infotainment. Lastly, the videos also show The XL6's new captain seats for the second row.

It seems like the new MPV could be based on the Ertiga's version of the Heartect platform, given how this is the only available and suitable base for Maruti Suzuki to build a car such as this. We think it'll probably be a 6-seater, the second-row having captain chairs. The interiors are expected to be quite upmarket, with a premium dash layout and a long features list. Safety features should take a step forward too. As these pictures have made clear, the XL6 will be sold via the Nexa chain of sales/service outlets.

Equipment levels should be close to what the Baleno and S-Cross offer, so expect automatic wipers and headlamps, full LED headlamps, more airbags, aside from all the features already available in the Ertiga.

We expect the engine options to include the K15B 1.5-litre petrol which first debuted in the Ciaz, this motor puts out 104PS and 138Nm. This engine's mild-hybrid capabilities should be made available here. 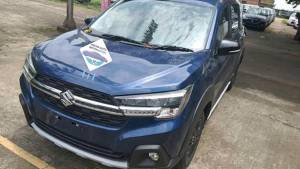 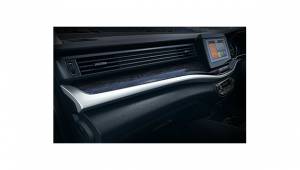