The facelifted Maruti Suzuki Vitara Brezza SUV has been spotted testing in India ahead of its debut at the Auto Expo 2020 in early February. The Vitara Brezza is expected to get cosmetic changes but the bigger news is that the sub-four-metre SUV will now see its diesel engine be replaced with a petrol one.

The Vitara Brezza facelift is expected to feature the same 1.5-litre K15B four-cylinder petrol motor as seen in the Ciaz and the Ertiga. It will be BSVI compliant here and make 104PS and 138Nm, with added mild-hybrid tech. This motor should come with a five-speed manual and a four-speed automatic. 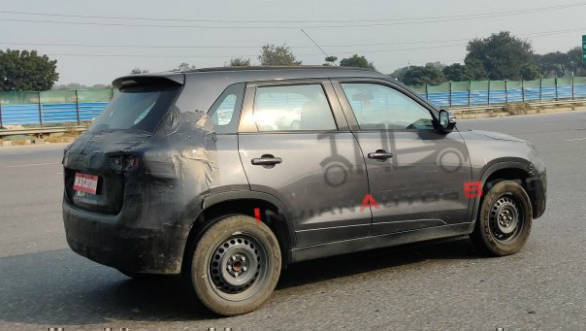 As for cosmetic changes, the facelifted Brezza is expected to get a new face, with stylng cues derived from the larger international Vitara SUV. This should be seen in the form of a larger grille and more angular headlamps. On the inside, the new Smartplay Studio is expected, alongside a new instrument cluser with a larger MID. More creature comforts may also be added.

Maruti Suzuki has been an early starter in implementing BSVI specifications on its cars, with most of its range now available with this option. The company has sold over three lakh such vehicles in the last seven months. The SUV is currently only available with a 1.3-litre Fiat-sourced diesel engine, which will not be further upgraded. Anyway, Maruti has stated that small diesel engines may not be viable in the BSVI era. The firm will study market trends after April 2020 before it decides on whether to sell BSVI diesel engines.

The Vitara Brezza was, until recently, the most popular sub-four-metre SUV in India. In recent months, the Hyundai Venue has taken over that mantle from it. 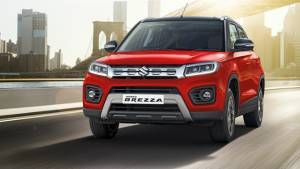