India's largest carmaker, Maruti Suzuki, has announced in a regulatory filing that it will begin supplying its sub-4-metre SUV, the Maruti Suzuki Vitara Brezza to Toyota Kirloskar Motor. This will be the second model from the brand being sold under this arrangement which started with the Baleno-rebadged Glanza last year.

The Maruti Suzuki board has approved of this move. The two Japanese companies signed an agreement in 2018 to allow them to co-develop models supply chains and technologies for global markets. 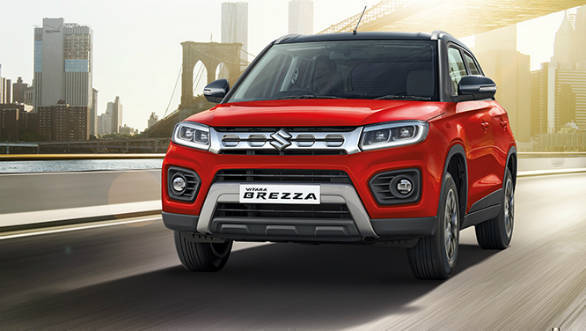 We expect the Toyota SUV to follow in the same vein as the Glanza. It could be differentiated by a new grille and badging but remain mechanically identical to the Vitara Brezza. The Maruti is powered by the K15B 1.5-litre BSVI compliant petrol motor as seen in the Ciaz and Ertiga. This motor makes 105PS and 138 Nm torque and gets the Smart Hybrid tech to go with it in the automatic versions. The motor is paired with either a 5-speed manual or 4-speed auto. The variants and features offered will most likely be carried over as well. The Vitara Brezza recently got this petrol engine and a mid-cycle refresh as part of its BSVI upgrade.

Like the Glanza, we expect the Toyota-badged SUV to be priced quite similarly to the Brezza. Recent trademark filings suggest that Toyota has registered the Urban Cruiser nameplate in India to use for its version of the Brezza.