Maruti Suzuki to launch Ciaz SHVS in India on September 1,2015

Maruti Suzuki is set to launch the Ciaz SHVS on September 1, 2015. This is the company's first attempt at mild hybrid technology and it will be the first vehicle in this segment to feature this technology. 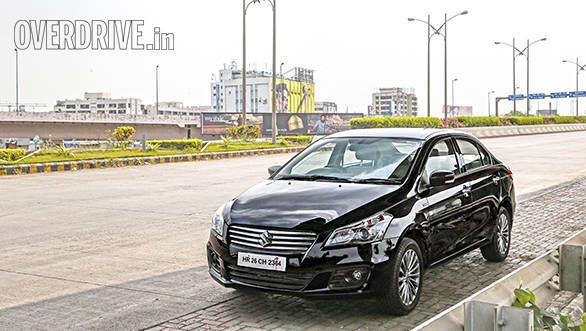 The SHVS technology brings in a larger battery under the hood along with an integrated starter motor. It will feature a start-stop system and an energy regenerating system that charges the battery during deceleration. Maruti Suzuki says that this recovered energy will be used to power a motor to assist the engine. This reduces the load on the engine which should thereby increase its already impressive fuel economy figure of 26.21kmpl (claimed). The Ciaz SHVS will also get a gearshift indicator. The engine used will be the same 1.3-litre turbo-diesel that makes 90PS and 200Nm.

On the outside, there will be no changes except for the SHVS badge. The interior too remains similar to the outgoing model except for a few additional indicators on the dials and a switch to activate the start-stop system. The Ciaz SHVS will replace all the diesel trims currently being sold. Expect it to be priced at a premium of Rs 45,000-50,000 over the outgoing model.

Update: Reports suggest that the Ciaz diesel hybrid will deliver a claimed figure of 28.09kmpl