Powering the Super Carry is a 1.2-litre four cylinder petrol engine that makes 65PS of power at 6,000rpm and generates 85Nm of torque at 3,000rpm. In terms of safety and convenience, the Super Carry comes with features like reverse parking sensor, seat belt reminder, lockable glove box and a large loading deck. 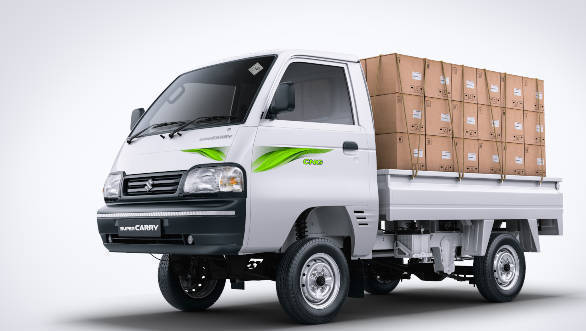 He further added, "The Super Carry has helped businesses enhance their profitability, a testimony borne by the fact that the model became the second highest selling within just two years of launch. The bi-fuel S-CNG variant has been accepted very well in the Small commercial vehicle market and already contributes around 8% to the Super Carry sales. The introduction of the competitively priced BS6 compliant S-CNG variant coupled with the Government's renewed focus on CNG fuel availability will further strengthen the Super Carry brand."

Debuting in the CNG space in 2010, the company has sold over one million green vehicles which includes CNG and Smart Hybrid vehicles. Maruti Suzuki mentions that its S-CNG vehicle range is in line with the Government of India's vision of reducing oil import and enhancing the share of natural gas in the energy basket of the country from 6.2 percent now to 15 percent by 2030. Additionally, the growth of 56% in new CNG station additions in last year too are being seen as the measures in the right direction. Despite COVID 19, a total of 477 stations were added last year, against the previous 5 year average of 156 stations