There have been attempts to attract more manufacturers to the Indian National Rally Championship for a long while now. But despite several meetings with the Rally Commission, it seems like things haven't progressed beyond talks. As of now, Mahindra is the only manufacturer in the event, with Volkswagen currently only running its Customer Sport Programme. 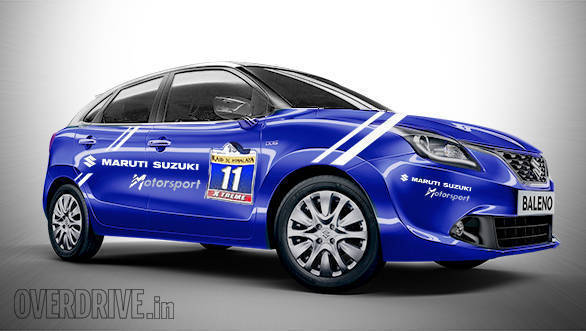 However, things could change soon as Maruti Suzuki Motorsport is all set to announce its involvement in the INRC 2018, with a new team, and a new lineup of drivers. The manufacturer is looking to bring in the Baleno R2 as their vehicle of choice, with which they plan on competing in the championship. There is also a possibility that a private team will rally a Baleno R2, but as yet there is no clarity about the same. Rumours also link a rally-spec S-Cross to the INRC for 2018.

This could be the boost that the INRC is looking for, since in the past teams like Toyota (which as has been reported by Evo India is looking to run a one-make rally championship alongside the INRC) and Volkswagen might reconsider their participation in the championship. Volkswagen has in the past repeatedly stated that they would only consider entering the INRC as a manufacturer provided other manufacturers entered too, and currently maintains this position.

When OVERDRIVE reached out to Maruti, officials were not available for comment on the matter.