Maruti Suzuki Ignis to be launched in India on January 13, 2017

Maruti Suzuki will launch its sub-compact Ignis crossover in India on January 13, 2017, sources in the know-how have informed OVERDRIVE. The Maruti Suzuki Ignis was first unveiled last year as the IM-4 concept and, in early 2016, was showcased at the Auto Expo in India. 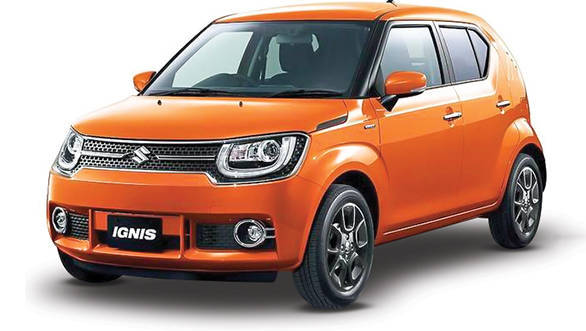 The Maruti Ignis is the third crossover by the company in India, following in the footsteps of the S-Cross as well as the Vitara Brezza. It has a boxy exterior and the grille is a small unit flanked by a squarish headlamp with LED DRLs forming the outline. There are chrome strips on the hood as well as on the sides of the Suzuki logo. The bumper is a chunky unit and has skid plates surrounded by plastic cladding. The alloy wheels too look youthful on the Ignis concept showcased, and we expect Maruti Suzuki to retain it on the production-spec car. At the back, the lamps are split units and are unlike any Maruti we have seen so far. 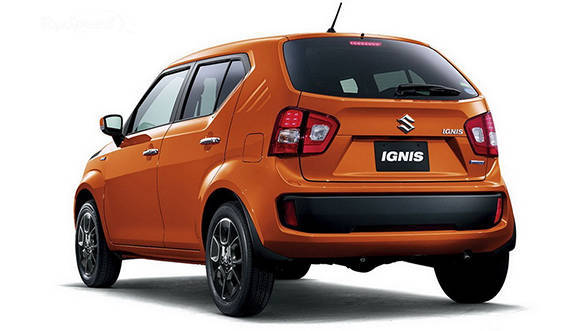 Inside, there is an all-new steering wheel which has the audio as well as cruise control switches, a floating screen infotainment system, and a touchscreen music system which supports Apple CarPlay and Android Auto. The dashboard is a dual-tone unit. Top-end trims get a push button start as standard while the gear lever looks to have been borrowed from the other Marutis like the S-Cross and Baleno. The seats themselves are textured and split 50:50 for the rear bench. 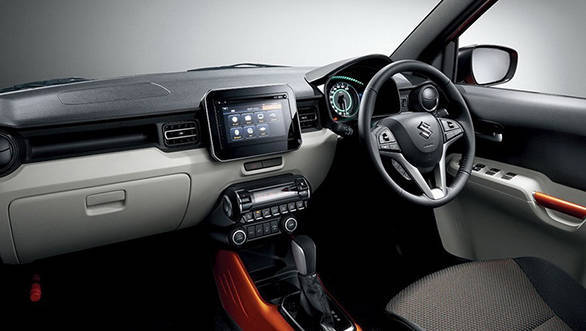 Powering the Ignis will be the proven set of engines from the Swift - 84PS 1.2-litre petrol and 75PS 1.3-litre diesel. Both the engines will come with a 5-speed manual as standard. While a conventional auto will be available on the petrol, the diesel can reportedly be optioned with a 5-speed AMT. The car will weigh around 900kg and will have a ground clearance of 180mm. ABS as well as dual airbags are expected to be standard considering that Maruti has been pushing for safety quite aggressively this year.

Also, all products sold out of Nexa so far have had these features as standard. The Euro-spec Ignis recently received a three-star crash test safety rating for the base variant. The top variants received a five-star rating. Expect prices to start from around Rs 5 lakh, and the Ignis will rival the Mahindra KUV100, the only other micro-SUV in India. 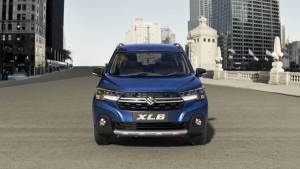