Today, Maruti Suzuki has announced a price hike ranging from Rs 1,500 to Rs 8,014 on the ex-showroom prices of all models. The country's largest carmaker has stated on it's website that the new prices have already come into effect. The carmaker has attributed the hike in car prices to the 'increase in commodity, transportation and administrative costs'. 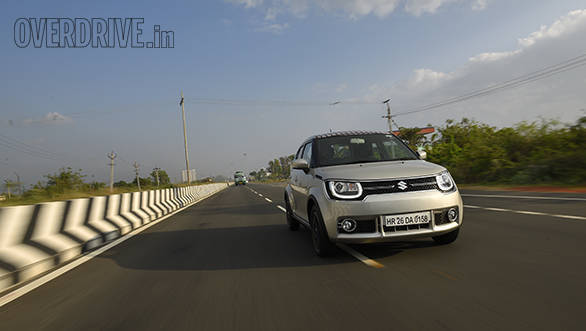 Maruti Suzuki recently launched the Ignis in India at a starting price of Rs 4.59 lakh. The Ignis is being offered with a 1.2-litre petrol engine that makes 84.3PS and 113Nm of torque and a 1.3-litre diesel engine which generates 75PS and 190Nm of torque. Both engines are available with the choice of a 5-speed manual or a 5-speed AMT.

Built on an improvised version of the Baleno platform, the Ignis comes equipped with a few segment first features like LED headlamps, LED DRLs and a touchscreen infotainment system with smartphone interfaces like Apple CarPaly and Android Auto.

Maruti Suzuki has also introduced the Swift Dzire Allure limited edition which gets cosmetic tweaks and updated interiors. The company will launch the next-gen Maruti Swift Dzire in India first followed by the all-new Swift.

BMW India to hike up prices of all models by...

Mercedes Benz India to hike up prices of...
Advertisement