The Maruti Suzuki FMSCI National Super League TSD Rally Championship 2016 is now into its third round with the Maruti Suzuki Backwaters Rally. The rally is slated to commence from June 16 from Ooty and will conclude in Kochi after a gruelling 650km. 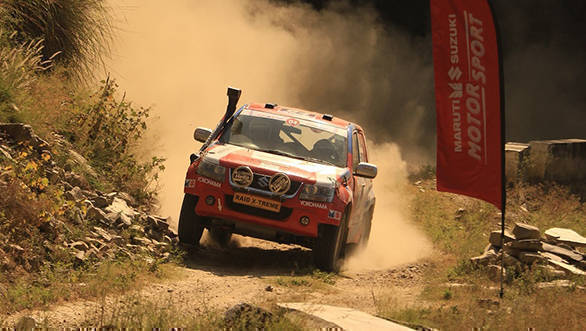 The first round of the championship was the Uttarakhand Rally which commenced from Uttarakhand on March 14 and ended in Dehradun on March 18 after 900km. The Deccan Rally was the second round which started from Pune on May 13 and ended in Goa on May 15. Karthik Maruthi and S Sankar Anand won both rounds in their rally-spec Maruti Suzuki Vitara Brezza.

"The response to the initial two rounds of the Maruti Suzuki National Super League TSD Rally Championship has been very encouraging. The association with MS- NStsdRC rally has enabled us to reach newer destinations which were unexplored in our previous motorsport activities, starting with Uttarakhand, Pune and now Ooty. We foresee exciting times ahead, with a strong participation leading to another memorable experience," said Vinay Pant, assistant vice president - marketing, Maruti Suzuki.

The Maruti Suzuki FMSCI National Super League TSD Rally Championship is open to all car makes and follows a Time-Speed-Distance (TSD) format. There are no minimum modification requirements for participating cars.