The Maruti Suzuki Alto has now completed 20 years since it first debuted in the Indian market. The Alto hatchback launch in India in 2000 and in the 20 years that have passed over 40 lakh units have been sold. Of these 20 years, the Alto has been India's best selling car for 16 of them.

Notable milestones in the Maruti Suzuki Alto's 20 years of existence have been 2004, when the hatchback topped the sales charts for the first time. This was followed by it reaching the 10 lakh sales milestone in 2008. The car steeped up its progress quite a bit after that, only taking four years to reach 20 lakh sales in 2012. This year also saw the debut of the second-gen model. In 2019, the Alto received a BSVI update and refreshed looks while the 40 lakh sales figure was reached earlier this year. 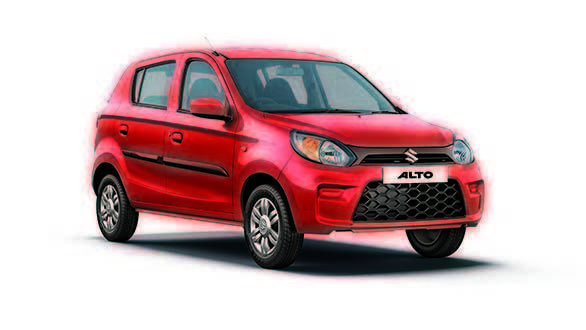 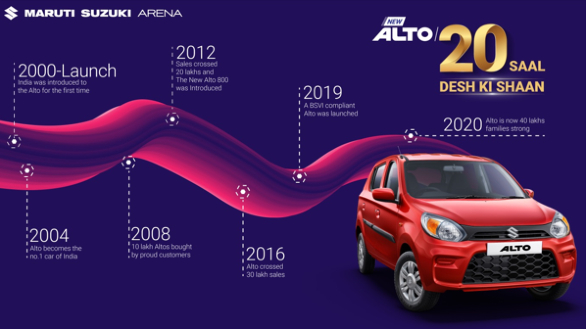 The Alto has cemented itself as the car of choice for first-time car owners in the country in this time. It was the first car 76 per cent of its customers have ever owned in FY 19-20, which increased to 84% for the current year. Notable, the Alto now enjoys a very strong position in non-Metro markets, 59 per cent of the Altos sold last year were in these markets. This figure has grown to 62 per cent this year. 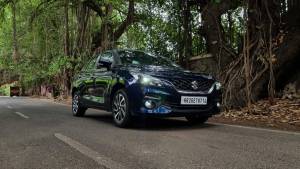