Maruti A-Star, Estilo replacement could be called Celerio in India

With the A-Wind concept that was shown at the Thailand International Motor Expo in November 2013, Maruti Suzuki gave us a brief preview of the A-Star replacement that it has been working on. The vehicle is codenamed as the YL7 and is the new global hatchback that will be sold in the European market as the new Alto. In Indian, however, we expect the YL7 to be named the Celerio. 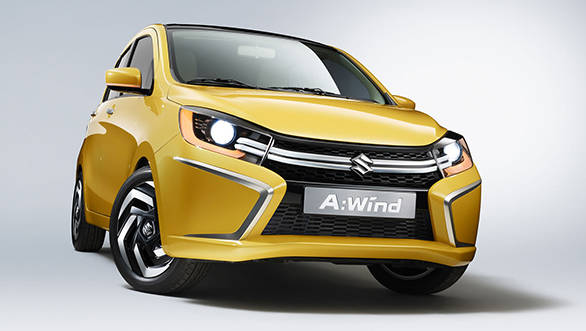 The Celerio is a suffix that Suzuki uses with the Alto badge in some markets outside of India. The 2014 Maruti Suzuki Celerio will make its public appearance at the 2014 Auto Expo in February and will be one of the biggest highlights of the Maruti Suzuki exhibit. Targeted at the young audience, the Celerio takes styling cues from the A-Wind concept and replaces the bug-eyed design of the A-Star with a sharper, sportier front-end. The Celerio will also be more spacious than the A-Star.

The Maruti Suzuki Celerio will use the popular K10 petrol engine and will be offered with a choice of a manual or an automatic transmission. A diesel variant is expected to be added at a later stage. Suzuki has been independently working on a sub-1-litre oiler that will power its range of entry-level small cars.

Stay tuned to OVERDRIVE as we bring you more details on the Maruti Suzuki Celerio as we inch closer to the 2014 Auto Expo.