In the wake of the Volkswagen emissions scandal, Martin Winterkorn, the CEO of the Volkswagen Group has resigned. Winterkorn, while denying any foul play, has stated that he will resign in the interests of the company. While there is no confirmation on who will take his place as the Chief Executive Officer of the VW Group after his departure, there have been some rumours that it could be Matthias Müller, the current CEO of Porsche.

Martin Winterkorn has resigned as the CEO of the Volkswagen Group

The Volkswagen emissions scandal came to light last Friday, when the US Environmental Protection Agency (EPA) announced that Volkswagen's diesel cars in the American market had emissions that were far higher than tests indicated. This led to the revelation that the cars were equipped with software that could trick or deceive regulators. The total number of cars affected by the emissions scandal has now reached over 11 million, which means that the Volkswagen Group is now under the scanner for what is being viewed as one of the biggest acts of deception in the history of the automobile industry.

"I am shocked by the events of the past few days. Above all, I am stunned that misconduct on such a scale was possible in the Volkswagen Group," Winterkorn, who has been a part of the Volkswagen Group for over 20 years, stated in a press conference.

"As CEO I accept responsibility for the irregularities that have been found in diesel engines and have therefore requested the Supervisory Board to agree on terminating my function as CEO of the Volkswagen Group. I am doing this in the interests of the company even though I am not aware of any wrongdoing on my part," he continued.

Giving us something of an indicator that there will be more changes in terms of the management structure of the Volkswagen Group, Winterkorn also said "Volkswagen needs a fresh start - also in terms of personnel. I am clearing the way for this fresh start with my resignation."

The company has also declared that it will appoint an external advisor to head the task force that will look into the emissions scandal.

Interestingly enough, Winterkorn's resignation comes a day after he had said to the media that he would stay on at Volkswagen and attempt to repair the damage that has been caused to the brand's global image due to the emissions scandal.

While the scandal has caused the company's worth to take a hit to the tune of 26 billion Euro, the company's stock is seemingly doing better with the news of Winterkorn's resignation.

The company, however, still faces fines and legal action, not to mention a gross loss of trust from customers worldwide. 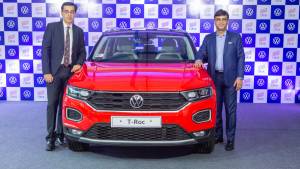 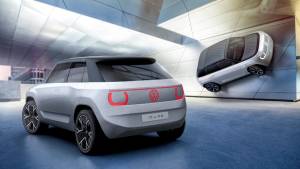