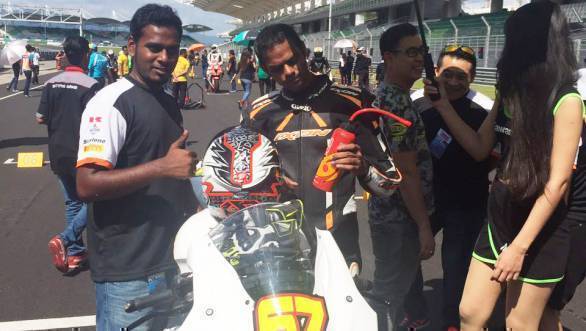 Race 1 was forgettable, though. Rajini found himself in second position when the race was stopped due to rain on the seventh lap. When it was restarted, the Indian rider was in the lead of the race when he crashed out.

The second race was better though. Rajini was in second place when the race was stopped on the fifth lap. On the restart though, he was battling for the lead, but ultimately had to settle for a third place finish.