The first images of Mahindra's new MPV, which could be called the TUV500, have surfaced on the Internet. It was spotted testing on the outskirts of Chennai, where Mahindra has its research centre. 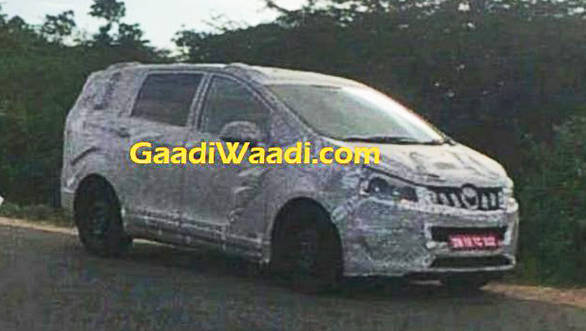 This model looks almost production ready in terms of design, unlike all the other Mahindra prototypes we've seen. Although it gets Mahindra's signature toothed grille and doesn't get the brand's typical SUV-like design language. From what we can tell at the rear, it has a large bootlid with a very low loading lip.

Judging by its size, it's safe to assume that Mahindra's main focus for this seven seater is space and looking to take on the Renault Lodgy. This new MPV will use an all-new monocoque chassis and be based on the XUV500 platform. Judging by the uncertainty of the entire diesel ban situation in the country, Mahindra might skip the 2.2-litre mHawk engine and launch the MPV with the 1.99-litre engine instead, in a front-wheel drive format. The engine in the XUV500 makes 140PS of power and 320Nm of torque and can be optioned with either a 6-speed manual or automatic gearbox. However, a petrol engine seems unlikely at this point. 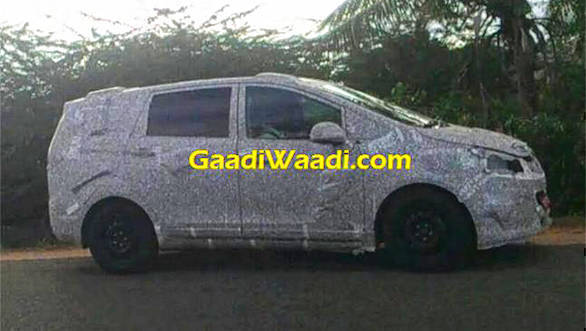 According to reports, Mahindra's new MPV could be the first passenger vehicle that has been developed by Mahindra's North American Technical Centre (MNATC) in Troy, Michigan. In May 2014, Mahindra inaugurated this centre to develop vehicles for Indian and international markets. We expect this MPV to come with features like a touchscreen infotainment display, climate control, and roof-mounted AC vents for the second- and third-row passengers.

With the new Toyota Innova Crysta moving one segment above the Renault Lodgy, Mahindra will fill in this space with this new MPV. Considering that, Mahindra could price this vehicle between Rs 8-12 lakh, ex-showroom. Although not clear how far from production this car is, it is expected to launch sometime next year. 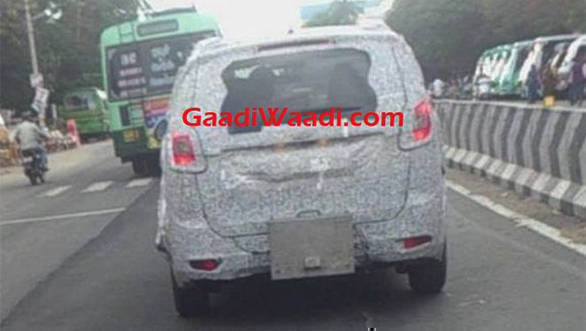 Until then, the Renault Lodgy has this segment all to itself. Renault is clearly trying to improve sales of the Lodgy and has even offered a large discount on the MPV. The MPV segment is growing very quickly in the country, and the Japanese manufacturers like Suzuki and Honda are making full use of it. While the Mobilio has started to pick up sales, the Ertiga has been doing really well for Maruti Suzuki in India. The Honda BR-V, which is cross between an MPV and a compact SUV, has been doing rather well for Honda too. You can read its road test here and see how it fares against the Hyundai Creta here.