Mahindra TUV300: What we know so far

The TUV300 will be the first of a slew of new and upgraded Mahindra SUVs to be rolled out this fiscal year. Here are a few details of the SUV that will be launched in India on September 10, 2015. 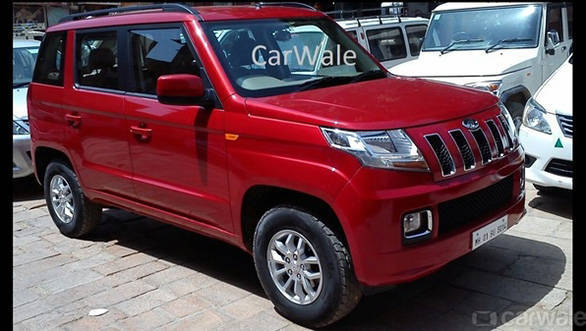 Mahindra claims that this is an all-new ladder frame chassis, despite being a spin-off of the updated Scorpio. The car itself is new with no predecessors. Mahindra calls its bread box-like design the 'battle tank' design. The SUV's stance is butch, unlike the Quanto which it is likely to replace. The grille itself reminds one of the Jeep brand of vehicles and that isn't a bad thing to start with. The lower front bumper houses a huge air dam and it is flanked by square-ish fog lamps. On the sides, the panels are flat and slab-like. Inside the big square wheel arches are 17-inch alloys wrapped with 235/65 section Ceat H/T tyres. Mahindra has blacked-out the D-pillar. At the rear, the lamps are vertically stacked and the spare wheel is also externally mounted. It is a sub-4m car and has been built to take advantage of the excise duty slabs regulated by the Government. There will be no four-wheel drive option available initially, however, depending on demand, expect the company to start offering it at a later stage.

Mahindra vehicles of late have been quite feature-rich - case in point, the new Scorpio and then the updated XUV500. So you can expect the Mahindra TUV300 to have a huge feature list. The test mules have been spotted with dual tone upholstery, touchscreen infotainment system, steering mounted audio and Bluetooth controls, electrically adjustable ORVMs, Aux and USB input as well as reverse parking sensors. Mahindra will also be providing an option to fit a reverse camera - this can be specified to the dealer you're buying your car from. The SUV will be available only as a seven-seater with the last row being jump seats. There will be three trims on offer - T4, T6 and T8. A certain report online also claims that the TUV300 will come with all the essential safety features like ABS and a driver airbag right from the base T4 trim.

Mahindra will likely use the existing 1.5-litre mHawk diesel engine from the Quanto in the TUV300. The engine, however, will not make 100PS like in the Quanto and instead produce only 80PS/230Nm. It will be mated to a 5-speed manual as well as AMT. Expect a fuel efficiency close to 20kmpl. It is said that Mahindra will also be bringing in all-new petrol motors for the TUV300 and other smaller SUVs, if there is a sufficient demand. 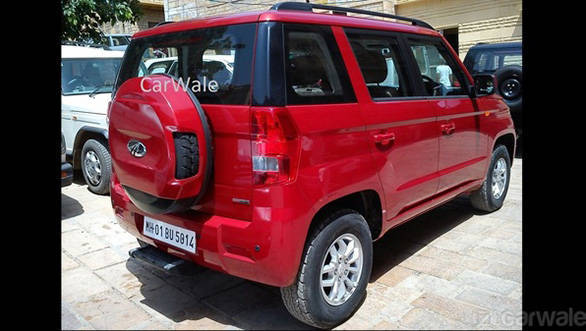 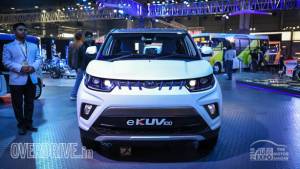 Mahindra lays out its long-term plans for... 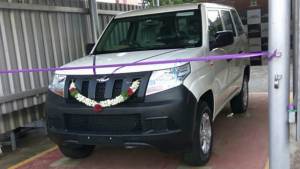 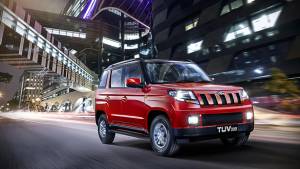