Mahindra launches the TUV300 SUV in India at Rs 6.9 lakh

The Mahindra TUV300 has been launched in India at Rs 6.9 lakh (ex-Pune). The TUV300 will be powered by a new 1.5-litre mHawk80 turbo diesel engine which produces 84PS of power and a peak torque of 230Nm. It will be mated to a 5-speed AMT called AutoShift as well as 5-speed manual gearbox that send power to the rear wheels. Mahindra claims a fuel efficiency figure of 18.49kmpl from the TUV300.

The TUV300 will be available in three trims - T4, T6 and T8, with the T4 and T6 being offered with the optional packages. This TUV300 will get a dual airbags on the T4+, T6+ and then T8 onwards for all the trims while ABS with EBD are available from the T4+. This sub-four metre SUV can accommodate seven people with the jump-seats located in the rear. 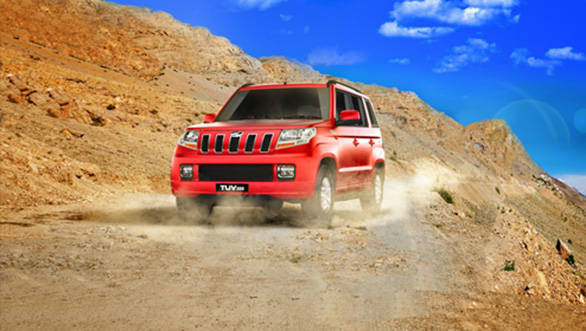 The TUV300 is based on a modified and shortened chassis that is used in the Scorpio. It also gets a refreshed interior with a dual-tone dashboard, steering-mounted controls and 384litres of boot space. Additionally the Mahindra TUV300 gets cornering and follow-me-home headlights and a reverse assist system. The SUV will also feature a brake-energy regeneration system, stop-start and a micro-hybrid technology similar to the one in the Scorpio.

Anand Mahindra, chairman of the Mahindra Group said at the launch, "Our development team used alternative thinking to deliver a vehicle with high level of technology and performance at an unbeatable price." 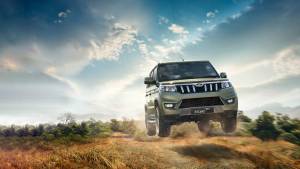 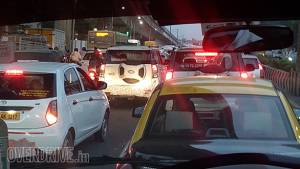 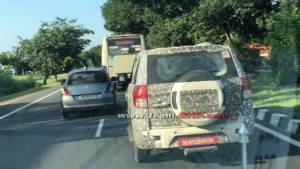