Mahindra has unveiled a rendering of the upcoming compact SUV, the KUV100. With this vehicle, Mahindra hopes to get the attention of the young buyers in the market looking to upgrade from a hatchback. The KUV100 is based on a brand new platform from Mahindra and will sit below the TUV300 in the product line. This compact SUV will run brand new petrol and diesel engines under the mFalcon banner. Both engines will displace 1.2-litres and both will have 3-cylinder. This will be the first vehicle from Mahindra to run a petrol engine since the brief stint with the petrol Scorpio several years ago. The mFalcon80 petrol engine makes 82PS of power and 114Nm while the mFalcon75 diesel engine puts out 77PS and 190Nm of torque. It gets a 5-speed manual gearbox and Mahindra says that they have no plans of introducing an automatic anytime soon. Mahindra seems to be focusing on safety with the KUV100 as they will provide ABS as standard and optional airbags across all variants. It will be sold in 4 main variants, three of which will offer airbags as an option while the top K8 variant gets airbags as standard.

The K2 is the base variant, and with optional airbags, you get the K2+ variant. It the same case with the K4 and K4+ and the K6 and K6+ trims. The K8 variant is the top-of the line trim and gets airbags as standard. Final rendering of the KUV100

The Mahindra KUV100 will be launched on 15 January 2016, but bookings for the compact SUV will be open from 19 December. 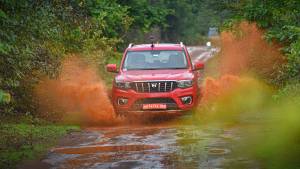 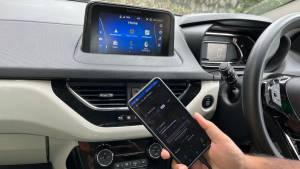 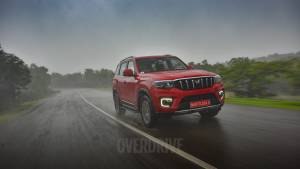