Mahindra Imperio pick-up truck to be recalled in India

Mahindra and Mahindra will be recalling its Imperio pick-up trucks in India. The Indian utility automobile manufacturer will be doing this exercise to inspect a faulty rear axle in the Imperio trucks manufactured between April and June 2018.  This update came in when during a regulatory filing by Mahindra. The company has not revealed the official number of models will be recalled, however, the sources claims this to be less than 300. 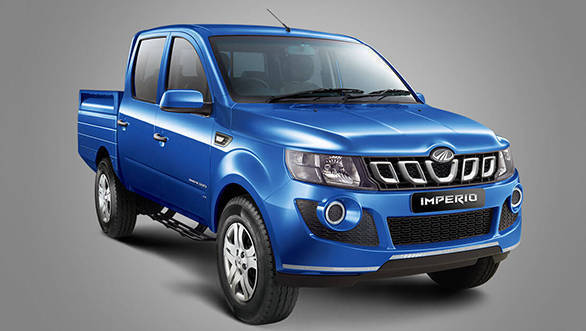 Mahindra dealerships across the country will be getting in touch with the Inperio customers individually. This above mentioned rectification and inspection will be done at the dealership level without any additional charges for labour or spares. The Mahindra Imperio recall complies with the  SIAM's voluntary code on vehicle recall. Additionally, owners of this pick-up truck can enter their vehicle details on the official website to know if their Imperio is included in the recall.

"To ensure a hassle-free experience for its customers, the company is proactively carrying out this activity. This action is also in compliance with SIAM's voluntary code on vehicle recall. Customers can also visit the website (Service Action section) and check if their vehicles are part of the service action." stated Mahindra.

The Mahindra Imperio is powered by a DI motor with common-rail technology which produces 75PS and 220Nm of torque. Top speed and fuel efficiency are claimed to be 120kmph and 13.55kmpl, respectively. Total payload is 1,240kg, according to Mahindra. 16-inch wheels are offered as standard (the Genio offers a 15-inch wheel). There are four variants on offer. The single cab and double cab models get two variants each. 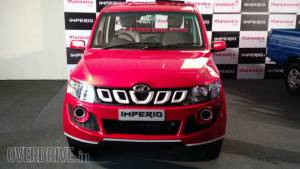 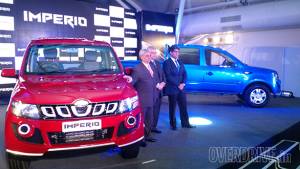 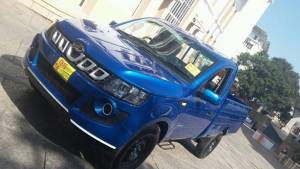 Mahindra Imperio to be launched on January...
Advertisement