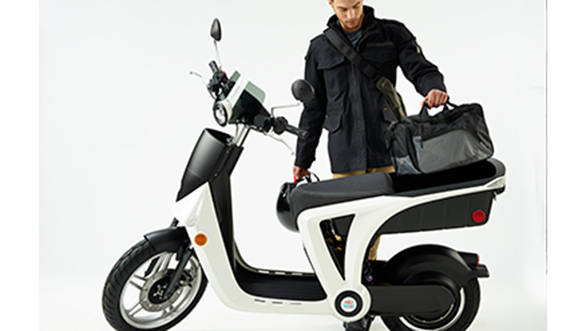 "The North American Technical Center and GenZe represent important disruptive product incubators for the Mahindra Group. Constant innovation focused on improving the lives of our consumers, employees and the communities they impact is at the core of Mahindra's 'Rise' philosophy and we are delighted to see this come to fruition in the United States.", said Anand Mahindra, chairman, Mahindra Group. 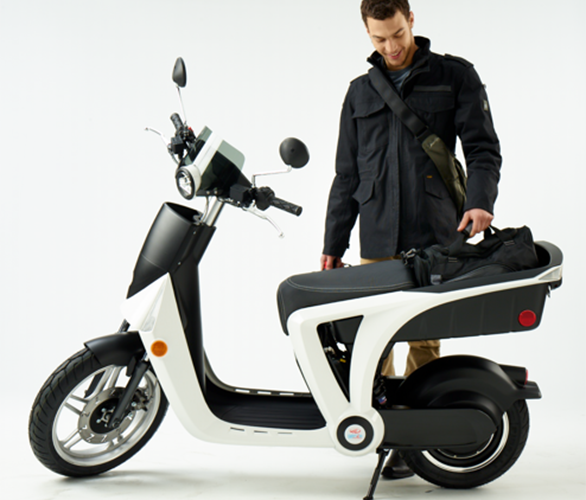 The electric scooter has a range of 48.2kilometres and has a top speed of 48.2kmph

Mahindra unveiled an electric scooter called the GenZe for the US market. The scooter will be launched later in the year and the company has not revealed a price tag for it. The electric scooter has a range of 48.2kilometres and has a top speed of 48.2kmph as well. Mahindra says that the vehicle's low top speed means that it does not require a motorcycle license to run in most states. Mahindra GenZe (part of the Mahindra group) says that the USP of their electric scooter is its compact design, specialized storage space and ease of use.

Mahindra GenZe's manufacturing facility was inaugurated at Ann Arbor in Michigan. The factory at present can manufacture 9,000 units per year which can be increased to 20,000 annually if the situation so demands.

The second installation which was inaugurated was the Mahindra North American Technical Centre (MNATC). This research centre is situated in Troy, Michigan and currently employs more than 40 local engineers from the state. This facility has complete vehicle engineering design capabilities/expertise and will play a vital role in helping Mahindra become a top player in the global automotive industry in the next decade.

Rick Haas, COO, Mahindra MNATC, had this to say on the occasion, "The MNATC is delivering on its promise of world class product development as we take on complex global programs. Utilizing the automotive talent available here in Southeast Michigan, we're putting together a truly exceptional team of automotive professionals to meet Mahindra's future product development needs. We are delighted with the opening of our expanded technical center that provides us the infrastructure to design, engineer and prototype industry leading products and solutions for Mahindra's global customer base."

Mahindra Group expands its footprint in the United States