Mahindra First Choice Wheels launched the third edition of its analysis of the Indian used car market. The report is called the Indian Blue Book 2019 and provides deep insights on how used cars are bought and sold in India.

The company claims that this is the first such comprehensive study in a decade where steps have been taken to get a detailed understanding of the profile of customers buying and selling pre-owned vehicles, including their primary motivations and concerns. Mahindra First Choice conducted this study in association with PremonAsia, a consumer-insight based consulting firm based out of Singapore and India. 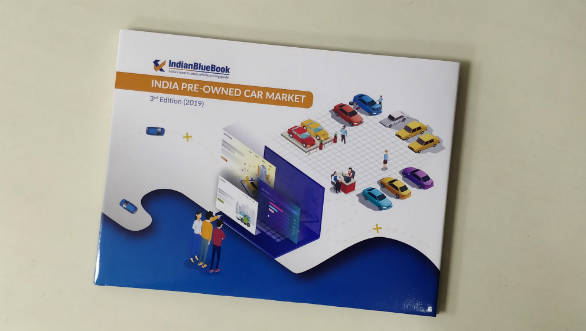 The study provides many interesting insights. The used car market in India is about 1.2 times the new car market, having crossed the four million mark. Over 85 per cent of these purchases are made by buyers who are switching from four-wheelers. Numerous reasons cause buyers to choose a used car. These include upgrading from a two-wheeler, inability to afford a two-wheeler, to having a second car for the family.

Most buyers prefer, as in the new car market, entry-level hatchback and sedans. These cars consist of 75 per cent of the market. The buyer makes his decision based on the brand/model, the price and the condition of the car. Interestingly, the age of the car isn't a deal-breaker. Most cars end up being less than five years old and cost around Rs 3.7 lakh on an average.

"The Indian pre-owned vehicle market is at an interesting stage of evolution. Everything around us is changing - consumer preferences, purchase behaviour business and funding environment and operating practices. The evolving consensus seems to be that the winning model in this space is the one that shares three key characteristics - it's transaction-led, full stack (retail and enterprise) and omnichannel online and offline. An interesting, though not unexpected, shift is the impact of technology in the consumers' decision-making process, with price transparency and ease of vehicle discovery creating new 'trusted' channels in the pre-owned car ecosystem," said Ashutosh Pandey, MD and CEO of Mahindra First Choice Wheels.