Mahindra and Mahindra has launched an all-electric van, the eSupro, in India at a price of Rs 8.45 lakh for the cargo variant. The eSupro is being offered in a passenger variant too which costs Rs 8.75 lakh (both prices, ex-showroom Delhi). Mahindra says that the eSupro can travel up to 112km on a full charge and can attain a top speed of 60kmph.

Its electric motor is powered by a 72V Li-on battery and generates 34PS and 90Nm of torque. The high torque electric motor mated to a direct-drive transmission with a single speed. In an official release, the carmaker has said that 'charging the eSupro is as simple as charging a mobile phone'. It needs to be plugged into a 15A plug point for charging. And charging the eSupro battery to 100 per cent from zero will take around 8 hours and 45 minutes. 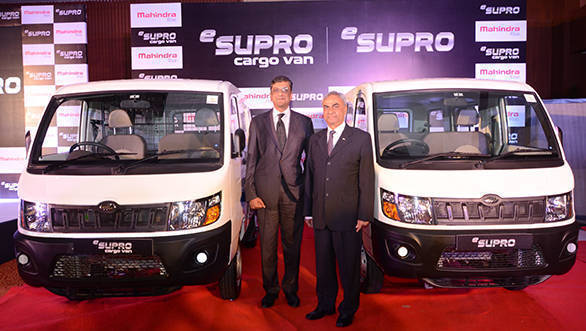 It comes equipped with the Revive R emergency feature which offers 7km of additional range if the battery runs out of charge. It gets regenerative braking feature which recovers the kinetic energy that usually gets lost during braking by converting it into electricity. This is then used to charge the battery.

The eSupro passenger variant can seat eight people while the eSupro cargo variant has a payload of 600kg. It is being offered with a vehicle warranty of two years or 40,000km and a battery warranty of three years or 40,000km. Apart from the e2o and the e-Verito, this is the third electric vehicle to be launched by Mahindra and Mahindra in India.