The Mahindra e20Plus has been launched in India at a price of Rs 5.46 lakh (ex-showroom, Delhi) for the base P4 variant. The e20Plus is being offered in four trim levels: P2, P4, P6 and P8. Mahindra has not revealed the price of the e2oPlus T2 trim. The top e20Plus P8 trim is priced at Rs 8.46 lakh. The carmaker claims that the e2o P8 trim can attain a top speed of 85kmph and cover up to 140 kilometres on a full charge.

The e20Plus gets an electric motor which is powered by a 48V lithium-ion battery and makes 25PS of power and 53Nm of torque. The top P8 trim gets a more powerful electric motor which generates 40PS 91Nm of torque. It can be charged by plugging it into any 16A plug point, and the fast charging mode allows it to get fully charged in just 1 hour and 30 minutes. It comes equipped with a reverse camera, electric power steering and hill assist feature. 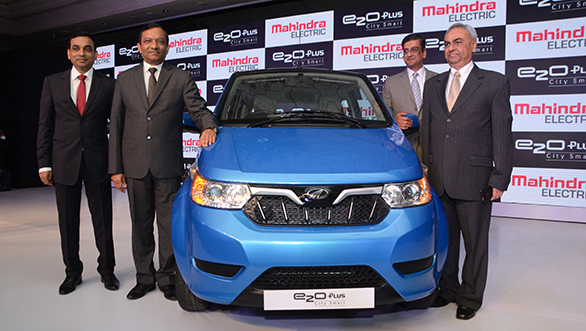 The e2oPlus also gets regenerative braking and Mahindra Electric's Revive feature. The regenerative braking feature harnesses heat energy which usually gets lost during braking and converts it into electrical energy. The electrical energy, in turn, is used to charge the battery. The Revive feature can be used to extract an additional range of up to 10 kilometres when the battery charge is low.

The Mahindra e2oPlus can be connected to a smartphone via an app which will allow the user to store all car-related information. The smartphone user can also use the app to lock and unlock the car, review performance data and plan charging schedules. Mahindra says that the e2oPlus gets 10 on-board sensors that track the vehicle's performance and analyse driving patterns to gauge the battery's health and service requirements. The app also assists the user in locating the nearest charging station. 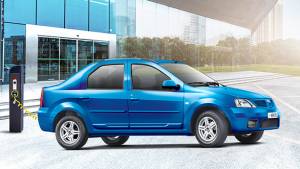 Top 8 reasons to get an electric car 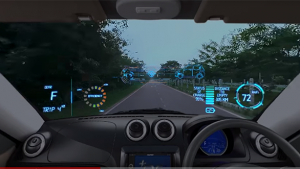 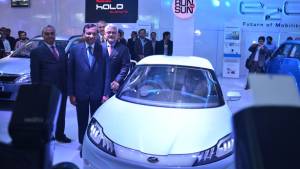