The engine is a 72V battery pack unit that is made of Li-ion batteries. It is mated to an automatic transmission. Mahindra claims a range of 110km, while the top speed of the vehicle is between 85-86kmph. There is also a Boost mode for the e-Verito which gives it an extra boost of power for a few seconds. The e-Verito can be charged by using a 15amp plug point and with the fast charger in an hour and 45 minutes. The regular charging time is 8 hrs and 45 mins.

The Mahindra e-Verito also has the company's Revive technology that helps the drivers gain an extra 8km of driving range so that they may reach the nearest charging station. Features on the Mahindra e-Verito D6 include Fast Charge, follow me home headlamps and music system.

Currently, the Mahindra e-Verito will be available only in India with exports to be decided at a later stage. Mahindra says that as many as 140 charging stations will be set up in New Delhi in a couple of months by the Government of India. 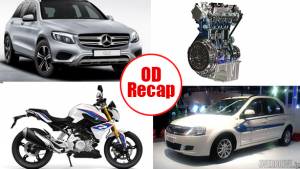