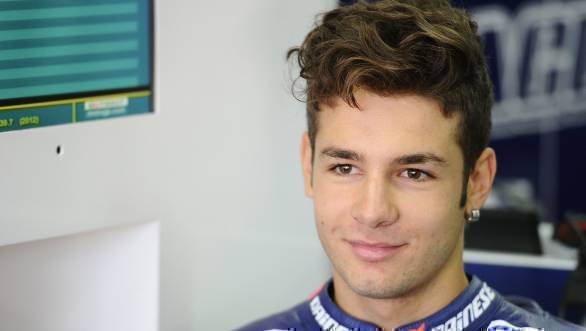 The Mahindra Aspar Team has signed the first of their riders for the 2017 season - Lorenzo Dalla Porta. The Italian rider, who has already made 11 Grand Prix starts (with a highest finishing spot of 8th place) will ride for Mahindra Aspar in 2017, with the option to continue on with the team for the 2018 season as well.

Dalla Porta is currently in the lead of the FIM CEV Repsol Moto3 Junior World Championship, and has reportedly turned down offers from a number of teams, in order to sign with Mahindra. The Italian burst onto the scene back in 2012, winning the 125cc category of the Italian Championship. In 2015, he progressed to the CEV Championship, where he proved to be very impressive.

The 2016 season has seen Dalla Porta begin the year as the favourite for the Moto3 Junior World Championship, where he currently leads by 36 points.

Speaking of his signing with the Mahindra Aspar Team, Dalla Porta said "It's a great honour for me to be a part of a major company like Mahindra. I know with them I will be a proper factory rider and to be inside a team with as strong a history as Aspar is wonderful. You need these things in a championship as hard as the Moto3 World Championship. We know that the bike can fight and can win; Pecco has shown what the MGP3O can do.