Maharahtra government in talks with Tesla to set up India facility

The Maharashtra government has begun discussions with Tesla, the Elon Musk-led American EV maker. Its no secret that Tesla has been contemplating setting up shop in India for a while now. Musk recently confirmed on social media that Tesla would certainly debut in India in 2021, with the India website going live in January 2021. 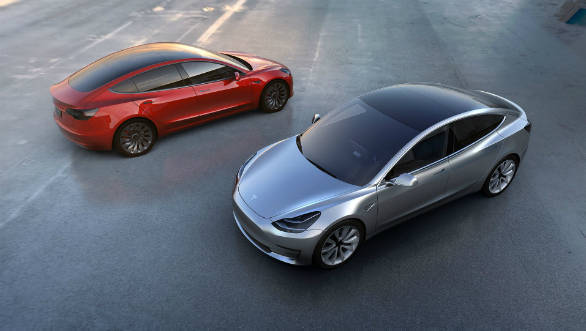 Maharashtra state tourism minister Aaditya Thackeray confirmed that he, along with the industries minister Subhash Desai, had held a discussion with Tesla officials pitching Maharashtra as a preferred base for the firm's India operations. It is expected that this will be a research and development facility and not a full-fledged manufacturing base or battery-manufacturing plant like a Gigafactory. Another state that Tesla is also considering for the site of this facility is Karnataka, discussions for which were held in September.

We expect Tesla to bring its cars to India as CBUs, which with the various tax incentives offered by governments on electric vehicles could make them better priced than conventionally powered rivals. The big focus models should be the Model 3 sedan and the Model Y crossovers. The Indian market has been slowly warming up to EVs with a spate of launches last year. Last month, Mercedes debuted the first-ever luxury EV in India with the Mercedes EQC.

Read our review of the Tesla Model X SUV here