The Revolt RV400 is easily one of the most important motorcycles to launch in the country this year, being the first electric motorcycle to go on sale. While several other start-ups have showcased production-ready models till date, none of them has gone on sale, but Revolt Intellicorp, founded by Rahul Sharma of Micromax mobile phones fame, is launching the RV400 today. 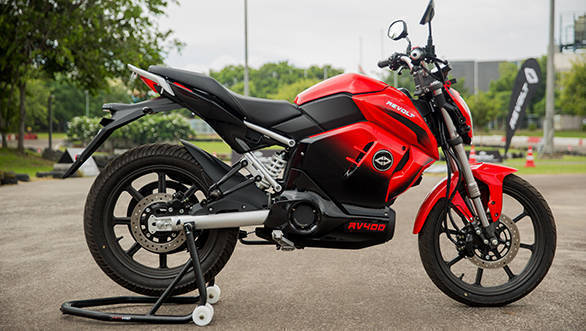 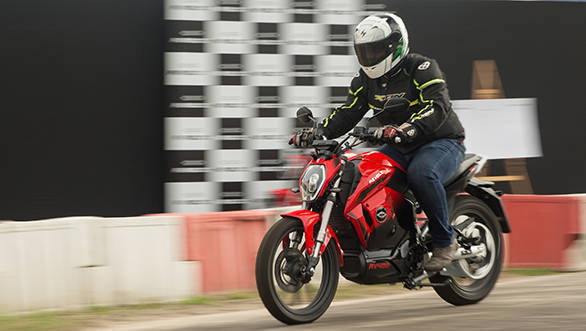 Revolt Switch or the battery swapping service will be free till Dec 31, 2019. 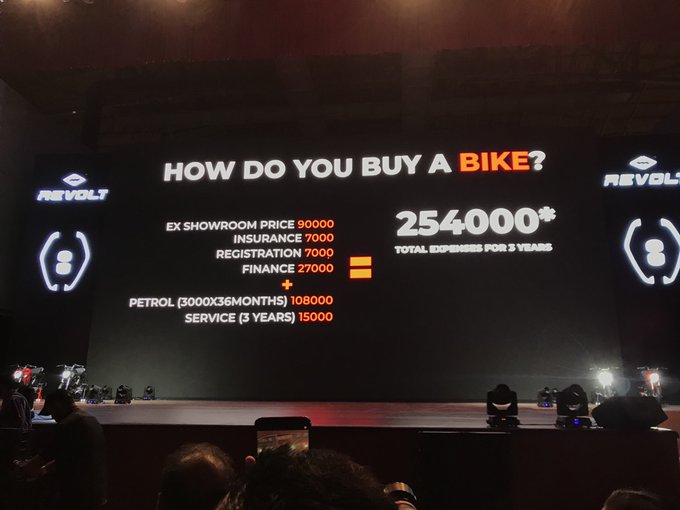 The  Revolt RV300 and RV400 will come with a 10,000km service interval, service will include cost of consumables and free tyre replacement every three years! Both Revolt  models will be offered with a five year warranty. - RV300 and RV400 The Revolt RV400 comes with the option of swapping batteries - the service will be called the Revolt Switch. You can order a fully charged battery and get it delivered to a location of your choice.

Revolt is also launching a lower specced version of the RV400 today, called the RV300. The Revolt RV400 comes with the option of swapping batteries - the service will be called the Revolt Switch. You can order a fully charged battery and get it delivered to a location of your choice.

Battery warranty for the Revolt RV400 is unlimited

There’s three riding modes on the Revolt RV400 speeds are restricted to 45, 65 and 85kmph. All lights on the Revolt RV400 are LEDs 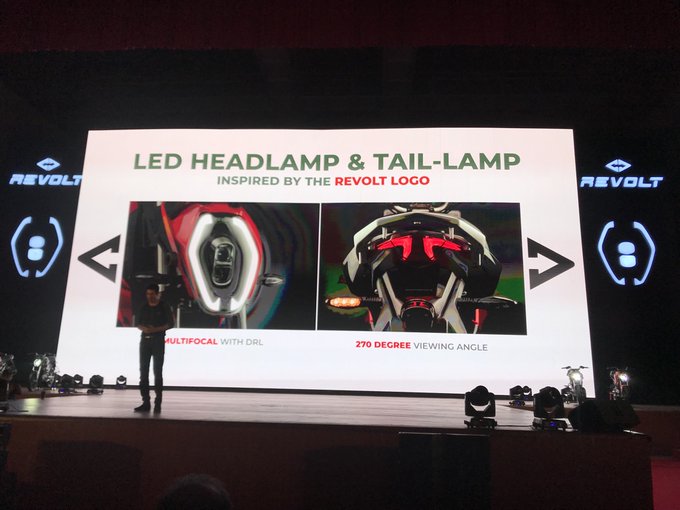 The Revolt RV400 also gets a car-like key fob which can also start the motorcycle for you or lock/unlock it - from a distance up to 50 feet. 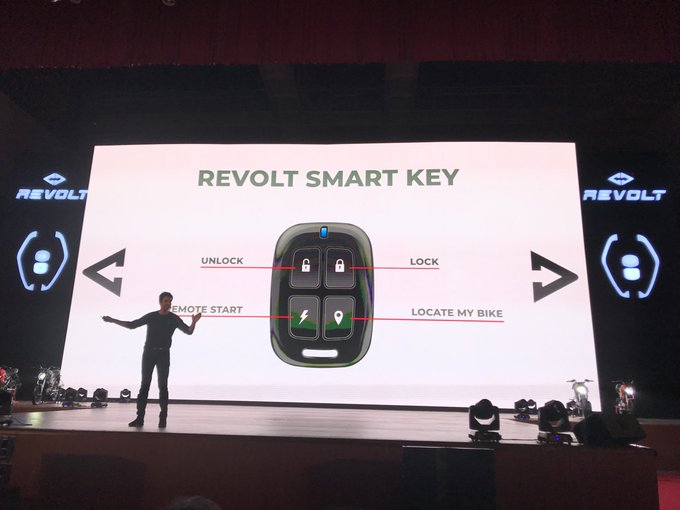 That’s the instrument cluster of the Revolt RV400 - a monochrome LCD display. It offers a host of information. Ground clearance for the Revolt RV400 is an impressive 215mm. The bike also has an IP67 rating making it water proof to a certain extent. Ergonomics of the Revolt RV400 have been designed to suit 95 percentile Indians we’re told. The seating position on the Revolt RV400 can be altered by simply swapping the rider's footpegs from left to right and vice versa. A quick snapshot of the cycle parts on the 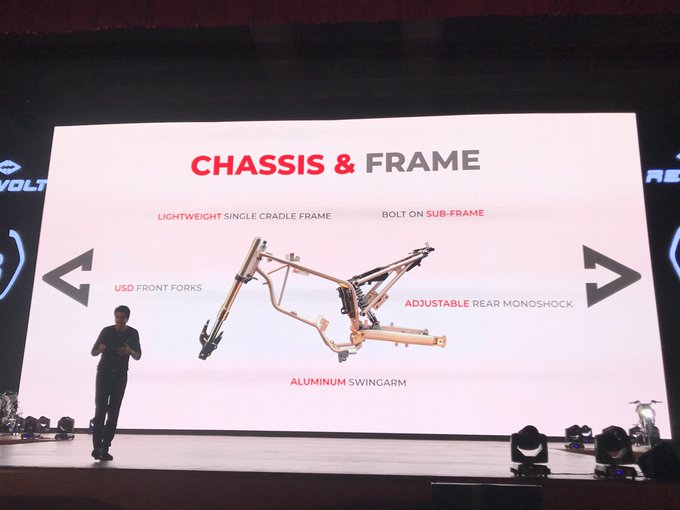 Customers buying the Revolt RV400 will also have the option of buying a ‘connected’ helmet that will take voice commands. The Revolt RV400 has a voice command function that will let you turn the bike on - Rahul Sharma says the RV400 is the world’s first voice enabled motorcycle.

Braking duties are taken care of by 240mm single discs at both ends. We’re here at the launch event is about to begin shortly. The RV400 also gets three riding modes that can be changed via a toggle switch. The RV400 is India's first AI (artificial intelligence) enabled motorcycle. The AI connects to the cellphone application provided by the manufacturer for both Android and iOS phones. The RV400 was unveiled in the month of June and the Motorcycle garnered over 2,500 bookings.