Ford India is all set to launch the Freestyle in a few hours from now. The Ford Freestyle is a crossover that is based on the Figo hatchback. We already got a glimpse of it as Ford had been testing the Freestyle for quite some time now. In terms of design, the Ford Freestyle looks similar to the regular Figo hatch except for the cladding. The powertrain options will be similar to that of the Figo. However, we believe Ford will introduce the 1.2-litre three-cylinder Dragon series petrol engine. The Dragon series made its debut with the new 1.5-litre petrol engine on the 2018 Ford EcoSport. From the camouflaged test mules, one can see that all the variants will sport touchscreen infotainment system, with the lower-spec ones featuring a 6-inch display, while the top-spec variants will have an 8-inch option. A newer 5-speed manual transmission will also make its debut alongside the new engine. The Ford Freestyle will take the competition to other hatchback-based crossovers in the segment including the Hyundai i20 Active, and the Honda WR-V.

When launched, the Ford Freestyle will take on the likes of the Hyundai Active i20 and Honda WR-V. Ford clearly sees potential in the growing demand for affordable, compact SUV-like cars for itself and has conceived the Freestyle.

On the safety front, higher variants will come equipped with six airbags while dual airbags will be standard across the range, along with ABS and ESP.

The Freestyle will also use a new, 5-speed manual gearbox that promises lighter, more precise shifts. An AMT equipped version of the car is expected to be launched later.

The engine is an all-aluminium unit and is based on Ford's larger 1.5-litre, four-cylinder engine, and will be manufactured at Ford's Sanand plant in Gujarat

Ford will launch the Freestyle in the second quarter of the calendar year.

The Ford Freestyle runs 185/60 R15 tyres and the ground clearance is higher than the Figo. The Ford India Freestyle will feature the stand-up touchscreen from the refreshed EcoSport and will offer Apple CarPlay and Android Auto connectivity via Ford’s SYNC3. 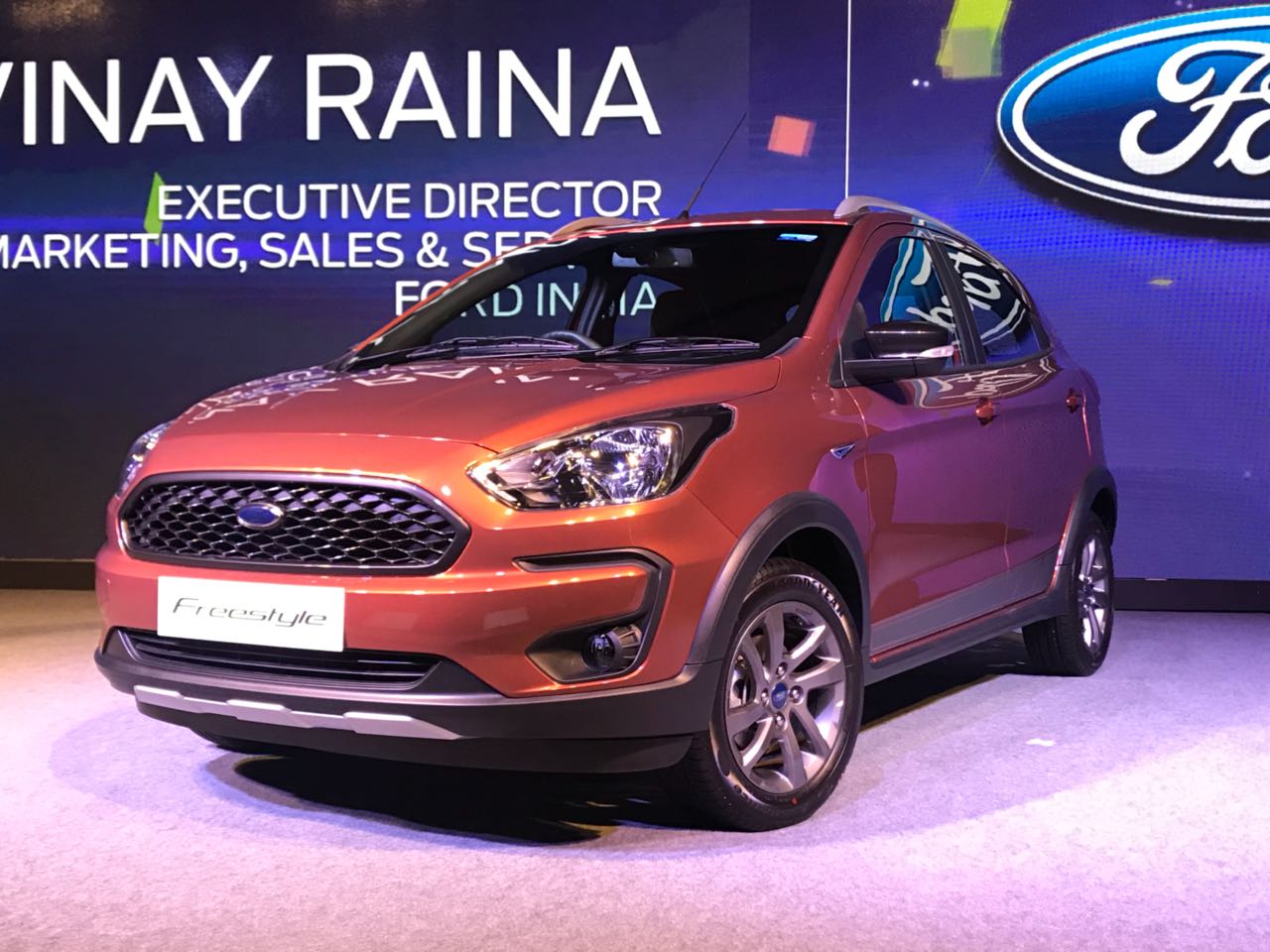 Over 50 percent of product development work for the yet-to-be-named Figo based crossover that will be unveiled right now has been done in India itself says Mehrotra. This is the first ever unveil for the car, will also be unveiled in South America in few hours.

The vision for Ford India is to become the “Most Trusted Automotive and Mobility Solutions Brand” says Anurag Mehrotra, MD and CEO, Ford India. The strategy includes aggressive expansion of touch points. Ford also is the only brand to post prices of its spare parts online.

Ford is unveiling its newest car for India today, a crossover hatchback based on the Figo. It’ll also mark the debut of Ford’s new, 1.2-litre, 3-cylinder Dragon series petrol engine that’ll be the most powerful 1.2L motor at 95PS/115Nm. 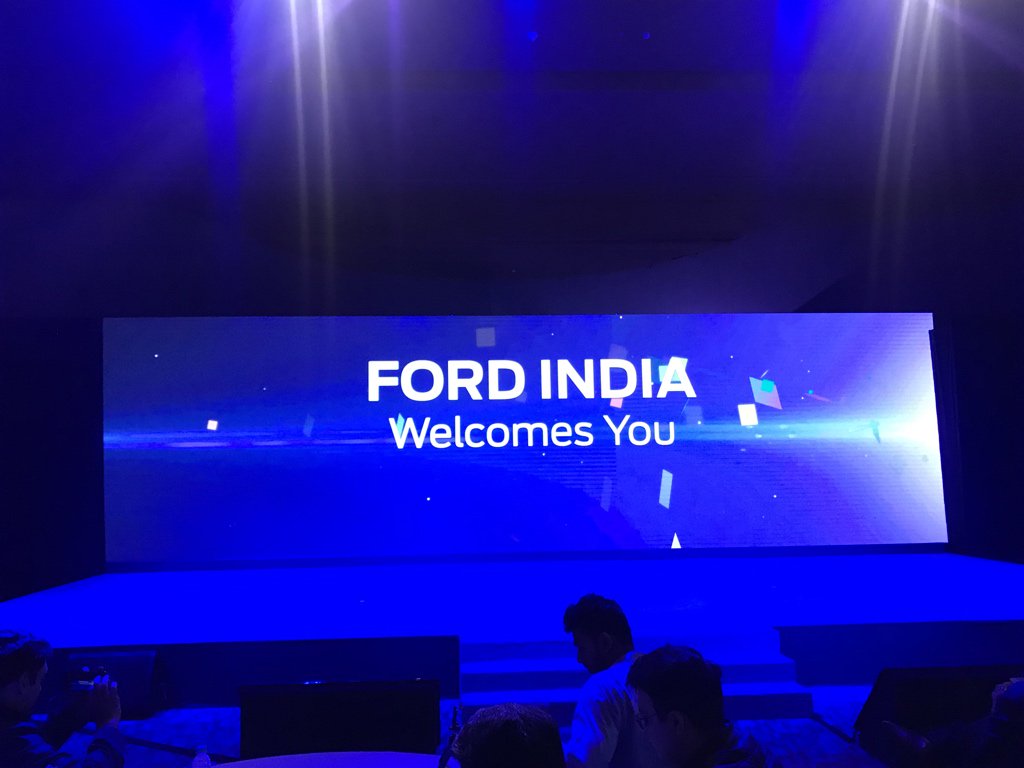 Overdrive is at the launch of the Ford Freestyle. Stay tuned for details.