The Volkswagen Tiguan Allspace is set to be launched in India today. This is the seven-seater version of the Tiguan but comes with an added row of seats and a new petrol motor. The Allspace is the first of numerous products that VW will launch over the next pages. The Allspace competes with the Honda CR-V, and the upcoming Skoda Kodiaq petrol. Stay tuned to our live blog for all the details from the launch of the Volkswagen Tiguan Allspace.

The Volkswagen Tiguan Allspace has been launched in India at an introductory price of Rs 33.12 lakh, ex-showroom. 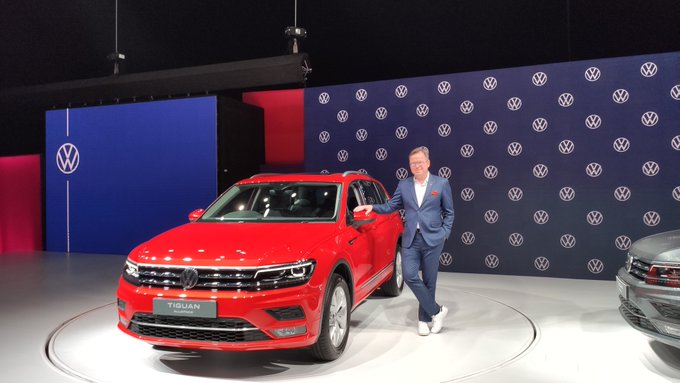 There are seven colours available including the brighter shades. 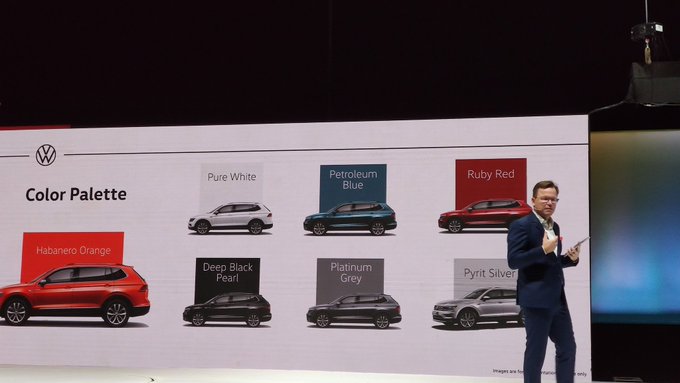 The panoramic sunroof is standard and debuts a digital instrument cluster along with that the car gets electrically adjustable driver seat with memory function, ambient lighting, chrome interior package, cooled glove box.

The car gets a boot space of 1274 litres

The Volkswagen TRoc will get the new 1.5l TSI engine and the Polo/Vento will get a new 1.0l unit that won't just be limited to the GT versions, at prices no more than BSIV versions

The Tiguan Allspace will get the 2.0l version of this engine family with a power of 190PS and 320 Nm torque, paired with a 7-speed DCT and AWD 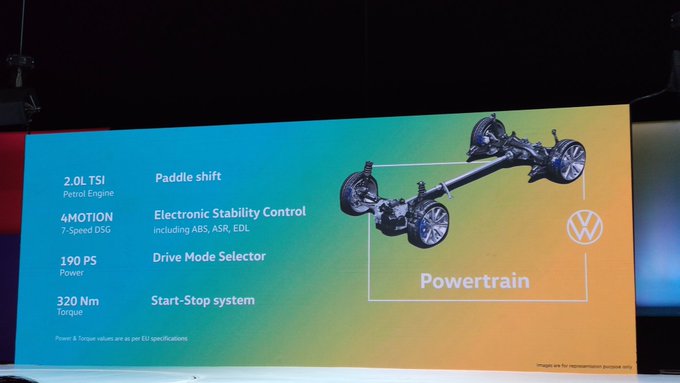 All the SUVs will come with the newest TSI turbopetrol engines

Tiguan Allspace will be the first of the four SUVs that Volkswagen will launch in India over the next year.

Volkswagen has focused more attention to reducing the cost of ownership with this new offensive.

The Allspace and the T-Roc will come in under the law that allows carmakers to bring in 2,500 CBU units without homologating them in India.

The new SUV is 215mm longer than the standard Tiguan and has a 110mm longer wheelbase. The Allspace and the T-Roc will come in under the law that allows carmakers to bring in 2,500 CBU units without homologating them in India.

The Allspace will be followed by the smaller T-Roc next week.

The launch of the Tiguan Allspace also marks the beginning of VW's new product offensive for India.