Martin Holmes has died, after a long battle with cancer, shortly after turning 80 years old. Born in Ashtead, Surrey, Martin trained as a lawyer but realised his ambition as a professional rally co-driver before becoming a journalist in 1974. His life-long passions for aeroplanes, maps, engineering, travel and fine detail all found fulfilment in the sport he loved and the work he did. 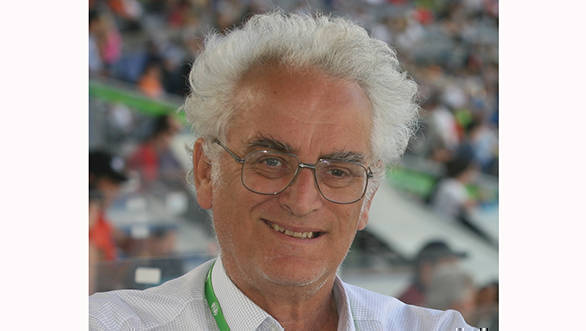 Introduced to rallying while studying law at Southampton University, Martin contested his first event in 1959 in an Isetta; it was also his first victory! Martin became a member of Sutton and Cheam Motor Club in the early '60s, a mecca in south London for rallying enthusiasts and where he really fell in love with the sport. He was prolific in his letter writing, ensuring the Club was invited to rallies all over the country. It was with the club's magazine Spotlight that Martin became a regular contributor and sometime Editor. Martin was soon submitting rally reports to the popular weekly publication Motoring News but was mainly published in Autosport.

The first "proper" rally came in 1962 in a Minivan and another victory. His first RAC Rally was in 1964 (Ford Anglia 1200). Rallying successes came in the form of national British Champion Co-driver in 1971 (Escort RS1600 Mk1), fourth places in Sanremo (Lancia Beta Coupe) and Portugal (Datsun Violet 160J) and twice fifth (Toyota Corolla and Renault 5 Turbo) on the RAC. His final competition appearance was on the RAC in 1981. There were many private drives, works entries with Ford, Toyota, Renault, Skoda, Datsun, Lancia and Vauxhall.

As an author Martin wrote many books. His first book Rally Navigation ('75 and '97) was followed in 1978 with Rallying '78, co-authored with photographer Hugh Bishop and the following year World Rallying 1 was published covering the 1979 World Rally Championship, coinciding with the inaugural season of the World Drivers championship. This series of annual books was to be the culmination of Martin's work and life for 33 years, and in 1987 also being publisher. The series closed with its final edition (WR33) covering the 2010 season. The last book Martin was involved with, The Great British Rally: RAC to Rally GB was co-authored with Graham Robson (published at the end of 2019). Through these years he worked closely with the photographer Maurice Selden, co-driver colleague Kevin Gormley and Ursula Partridge (secretary) not only on the annual books but also with the supply of reports and images from rallies as well as news and feature stories to motorsport magazines in countries around the world. 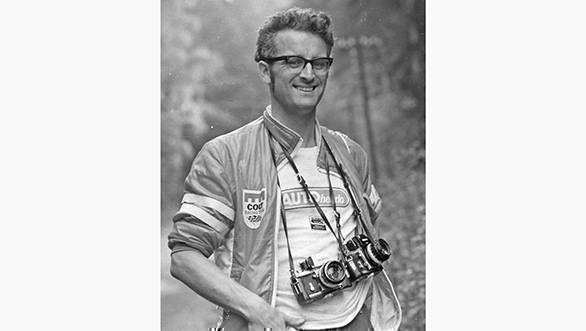 Holmes competed in his first rally in 1959, the beginning of a life-long involvement in the sport

Martin's passion put special focus on: what was next, what was the latest development and who was the new young driver coming through. Martin's maxims were founded on: knowing his sport from the inside out, knowing where to look, asking the right questions, doing his homework, picking his moments with care; and, never asking a question if he was unlikely to get a truthful answer. He believed in developing the trust between the competitor and the journalist; you can never have a mature relationship with someone who has lied to you!

In recent years family and his own personal health issues restricted his travelling but retirement was never going to be a word in his vocabulary, the word "cruise" an anathema to him. The internet, Rally Radio, WRC+ AllLive and phone calls became lifelines for him to keep in touch from his home in Surrey with what was happening the world over. The final World Championship Rally he attended, his 520th such event, was the Deutschland Rally in 2019.

Martin lived in Woking (a long time hub of all types of motorsport) following his marriage to Sally who pre-deceased him in 2017. Martin is survived by one son and three granddaughters.

(From the family of Martin Holmes).

Martin was a regular contributor to OVERDRIVE, with his monthly column on rallying providing our readers with a peek into the future of rally sport and also a glimpse into memories of rallies gone by. Our heartfelt condolences go to Martin's family and friends, and to the rallying community with whom he worked closely. He will be missed.