When someone mentions an advanced driving school the first question is, who is it run by and how good are the trainers? The DTS Racing Academy, the latest driving school in India is run by Diljith TS (DTS, get it?). Diljith is a seasoned racer from Kerala who's a three time National Racing Champion and currently competing in the Formula BMW series. You can check out Diljith's long list of achievements here. 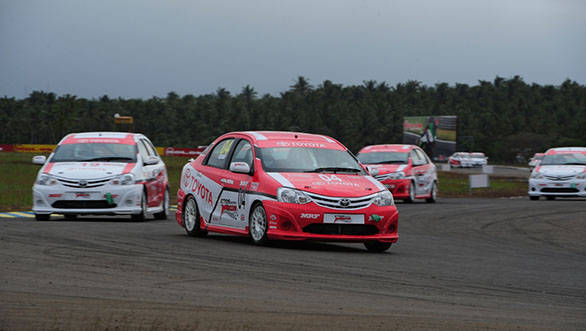 Diljith TS was the champion in the 2013 EMR series. He is currently a three time National Champion

I've raced with Diljith in the inaugural season of the Etios Motor Racing Championship in 2013 and out of experience, I can vouch for his tremendous skill. He won the championship comfortably and was almost impossible to keep up with in most races. Funny story, he even beat celebrity guest driver Ben Collins in one of the EMR races at MMRT. That's right, the same Ben Collins who turned out to be the Stig on Top Gear. Teaching alongside Diljith is Chittesh Mandody, another gifted racing driver who has won the Rotax Seniormax championship and also currently drives in the Formula BMW championship. 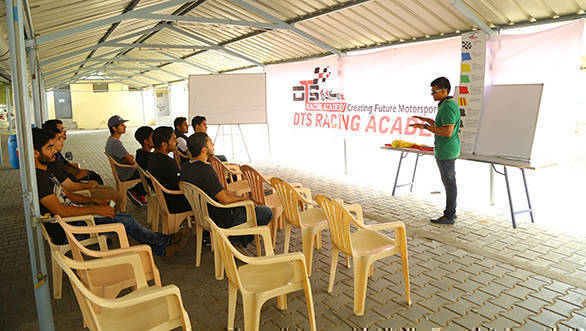 So now that you know you're in good hands, let's discuss what the DTS academy has to offer. A two day racing program, DTS Academy will teach the basics of braking and cornering techniques as well as the art of the racing line. This is Level 1 of the program. Once Level 1 is completed, students can sign up for Level 2 where they'll be taught advanced techniques like heel and toe downshifts and left foot braking. Students will also learn how to set consistently fast laps by analysing video footage that will be shot in-car throughout the program. Training includes theory lessons in a classroom and practical sessions in the race car. 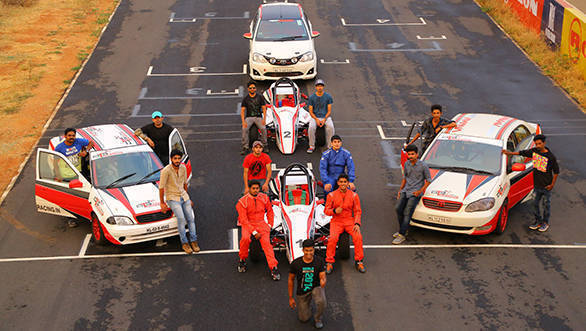 The USP of the DTS program is that there are a variety of platforms you can chose to learn on. Students can choose from a LGB Formula 4 car, touring spec Corolla or Esteem race cars or two stroke karts. Participants also have the option of bringing their own cars as long as they are either a hatchback or a sedan and come with a driver side airbag at the least. Supercar owners can also bring their own cars but this will be a one day training program only.

The basic fee structures are listed below The DTS Racing Academy is to be held frequently and the first weekend was successfully held in the first week of March. The next session will be held on the May 21-22 weekend at the Kari Motor Speedway. Follow the DTS Racing Facebook page or check out their website.