Historic. That's the only way to describe the Qualifying sessions for the 2017 24 Hours of Le Mans. After Kamui Kobayashi took provisional pole position for Toyota Gazoo Racing in Qualifying 1, he did even better in Qualifying 2. He put in a lap record shattering drive, clocking a time of 3min 14.791sec during the session in the No.7 Toyota TS050. It was two seconds faster than the previous lap record, which was 3min 16.887sec set by Neel Jani during Qualifying in 2015. This was enough to ensure that Kobayashi and co-drivers Mike Conway and Stephane Sarrazin have pole position for the 2017 24 Hours of Le Mans. 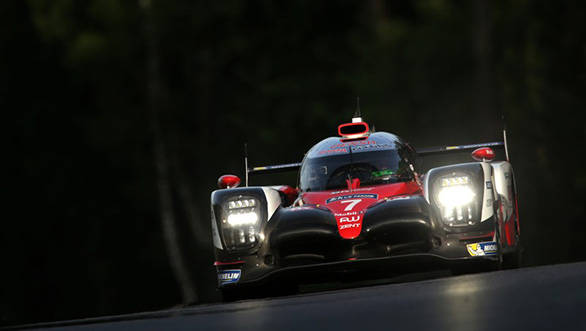 Kamui Kobayashi took pole in Qualifying 2 after he shattered the lap record, clocking a time of 3min 14.791sec in the No.7 Toyota TS050

Occupying the second spot on the grid, is the No.8 Toyota which clocked a time of 3min 17.128sec. Third spot on the grid went to the No.1 Porsche of Neel Jani, Andre Lotterer and Nick Tandy with a time of 3min 17.259sec. Locking out the fourth spot on the grid was the second Porsche of Timo Bernhard, Brendon Hartley and Earl Bamber. This, after the No.2 Porsche suffered a mechanical failure at Indianapolis with Hartley in the car during the final qualifying practice session. The New Zealander tried hard to repair the car as much as possible in order to get it into the pits, but when that wasn't working, the team decided to call it a night. This marks the first time, since their return in 2014, that Porsche has failed to make it to the front row at Le Mans. 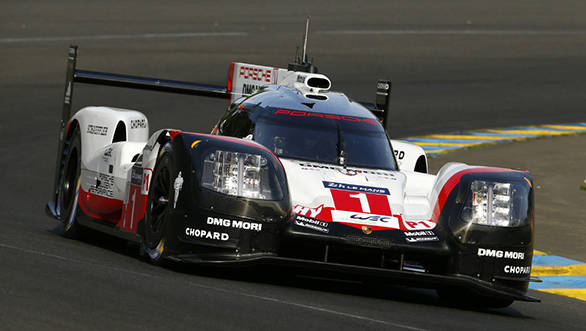 P3 went to the No.1 Porsche of Neel Jani, Andre Lotterer and Nick Tandy with a time of 3min 17.259sec

Things were quite heated in the GTE Pro Class, but the provisional pole time kept being bested. While it was Porsche who looked set to claim pole in class, it was ultimately a late charge from the Aston Martin Racing team that saw Daren Turner, Jonny Adam and Daniel Serra claim pole. The No.51 AF Corse took second in class with James Calado behind the wheel, while the other Aston Martin Racing machine, with Nicki Thiim at the wheel, took third in class. The top three in the GTE Pro Class occupy 32nd, 33rd and 34th spots on the grid respectively. The two Porsche GT cars will start seventh and 13th in class on Saturday.

The Corvette of Larbre Competition took pole in the GTE Am class.