There are wins and then there are historic wins. The 2015 edition of the 24 Hours of Le Mans was the latter. It was the 17th time that a Porsche took the chequered flag first at the most frighteningly fierce four-wheeled endurance race in the world. And in doing so they broke their own record, set in 1998, of 16 Le Mans wins, the most that any manufacturer has at the legendary race. 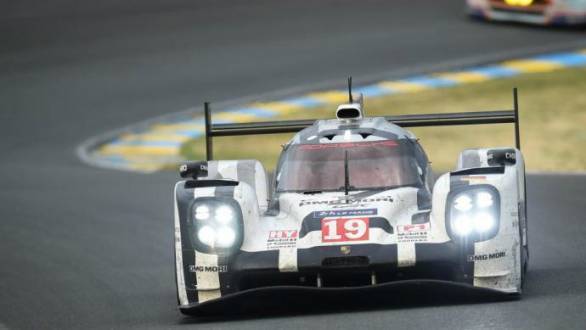 It was the No. 19 Porsche Team 919 Hybrid that was piloted by Earl Bamber, Nick Tandy and Nico Hulkenberg who claimed this historic win. It was the first Le Mans win for all three drivers, something made extra special by the fact that both Bamber and Hulkenberg are Le Mans rookies.

Finishing in second place was the No. 17 Porsche of Mark Webber, Timo Bernhard and Brendon Hartley. The one-two finish by the marque gives the men from Stuttgart even more reason to cheer.

Finishing first in the LMP2 class was the No. 47 KCMG Oreca 05, driven by Matthew Howson, Richard Bradley and Nicolas Lapierre. The win was a first for the Chinese team. Second place went to No. 38 Jota Sport and their Gibson 015S - Nissan driven by Simon Dolan, Mitch Evans and Oliver Turvey. G-Drive Racing's No. 26 Lifier JS P2 - Nissan was third with teammates Roman Rusinov, Julien Canal and Sam Bird. Finishing a fine fifth in class was Team Murphy Prototypes, with Karun Chandhok, Mark Patterson and Nathaniel Berthon.

The No. 64 Corvette Racing C7 took victory in the LM GTE Pro class, driven by Oliver Gavin, Tommy Milner and Jordan Taylor.  The No. 72 SMP Racing Ferrari 458 Italia of Victor Shaytar, Andrea Bertolini and Aleksei Basov took the win in the LM GTE Am class.