This year is an important one for British automobile manufacturer Land Rover for they are celebrating 70 years of existence. The first Land Rover car, registered HUE 166, was unveiled on April 30 at the 1948 Amsterdam Motor Show.  And now the Brit brand has released a short film titled "Land of Land Rovers" that has been shot at a remote location deep in the Indian Himalayan region. 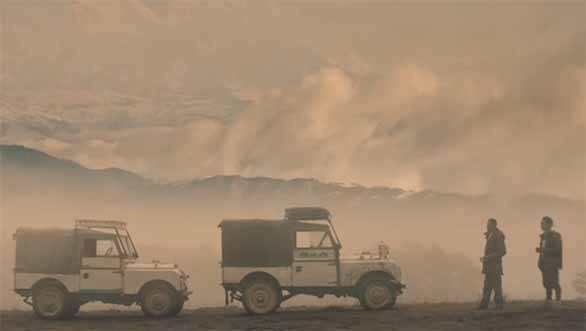 In this feature, one would see a fleet of classic Series Land Rover models dating from 1957 that provide a vital transport link between Maneybhanjang and Sandakphu in West Bengal. The village of Sandakphu sits at an altitude of 3 636 m and is accessible by a steep and rocky track that is often covered using a fleet of 42 thoroughly well-maintained Series Land Rovers. The film highlights a 31 km journey frequented by residents of Maneybhanjang in West Bengal, India to Sandakphu for their means of living. The brand states that towering gradients, rock-strewn pony tracks and treacherous weather are just some of the hazards faced on a daily basis by the residents and their Land Rovers on the journey to the hilltop village, which sits at an altitude of approximately 3,636m.