You can't fault Lamborghini's flair for exuberance. Barely a week after re-opening its factory doors in Sant'Agata, Bolognese, after a month-and-a-half shutdown, it's gone and launched the Huracan Evo RWD Spyder virtually. 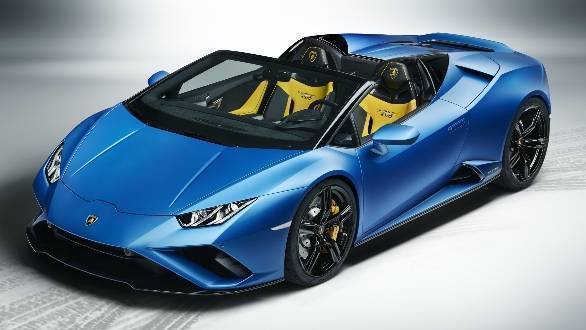 The drop-top version of Lambo's most attainable Huracan has all the key stats in place too, with the same figures of 610PS/560 Nm as the RWD Coupe from its 5.2-litre V10 and 7-speed dual-clutch transmission. The RWD Spyder's 0-100kmph timing of 3.5 seconds is just 0.2 seconds slower than its hard-top counterpart. It even boasts the same downforce, without needing any additional aero. Of course, the key differentiator being absolutely nothing separating the occupants from the V10 wail upon request. The fabric roof folds away in a mere 17 seconds, and can be operated at speeds up to 50kmph, while the rear windscreen behind the seats can also be lowered to up the volume. At the same time, the removable windshields on either side are said to reduce wind noise to help the driver and passenger hold a conversation, presumably about how loud the engine can get. 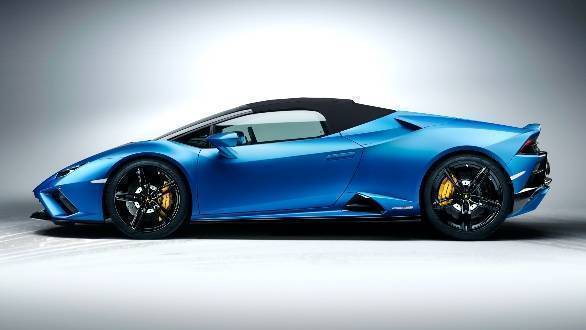 Made of thermoplastics, aluminium and carbon fibre, the Spyder's 1,509kg dry weight makes it 120 kilos heavier than the RWD Coupe, thanks to roof mechanism and the additional bracing it requires to offer the same levels of rigidity. The convertible will still go on to a top speed of 324kmph, with a weight distribution of 40/60 front to rear. 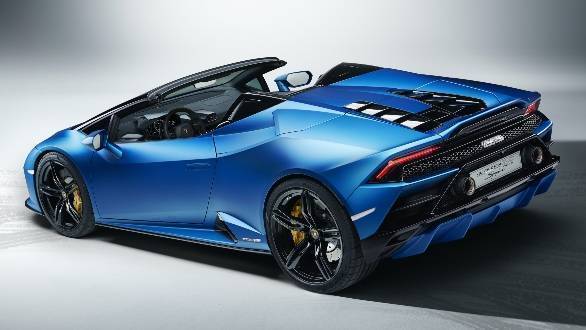 But the hallmark of the rear-wheel drive Huracan Evo has been its heightened sense of involvement in comparison to the all-wheel drive models. That attribute only stands to be improved greatly in the RWD Spyder. Both the RWD models can be differentiated from the all-wheel drive models by the vertical fins in the redesigned front splitter. The RWD Spyder goes further and gets a new rear diffuser incorporated into its gloss-black rear bumper, apart from the twin buttresses over the engine. 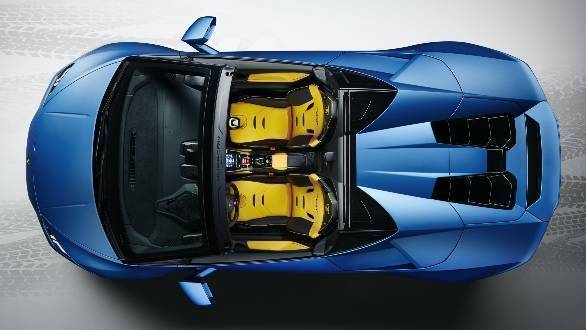 As standard, the RWD Spyder comes with steel brakes and passive dampers, that can be upgraded to carbon ceramic discs and electromagnetic dampers. This apart from the option to go up from 19-inch wheels as standard, to 20s. The Huracan Evo RWD Spyder has been launched internationally at prices starting from $2,29,000 (or about Rs 1.73 crore directly converted), making it about the same price as an optioned-out RWD Coupe.