Lamborghini Lambo V12 Gran Turismo or the Lambo V12 in easy words, is a virtual racecar for Sony Play Station 4 enthusiasts. The Lambo V12 will be available to download as a plug-in from Spring 2020 int he game Gran Turismo. This virtual Lamborghini has been unveiled at the world finals of 2019 FIA certified Gran Turismo Championship being held in Monte Carlo, Monaco. 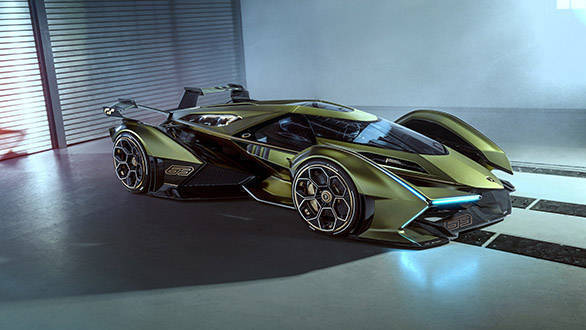 If you mistake the Lambo V12 for a space-age fighter plane which has just landed vertically! you won't be totally incorrect because the designer's at Lamborghini have taken inspiration for fighter jets. And to complement the design, the driver enters the cabin from the front of the car. 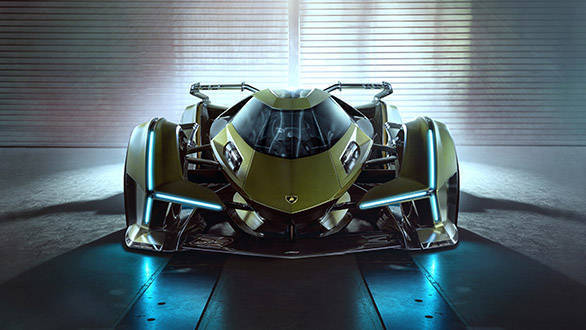 The overall styling also seems absolutely functional where the designers have scalped out the unnecessary bits to benefit the aero and kerb weight. The fenders are disconnected from the main body shell exposing the cycle links that connect the body and wheels. The rear wing gets an integrated tail light that is shaped like a 'Y'. Similarly, for headlamps, the Lambo V12 gets thin illuminated strips in the 'Y' on the fenders and run across the splitters. 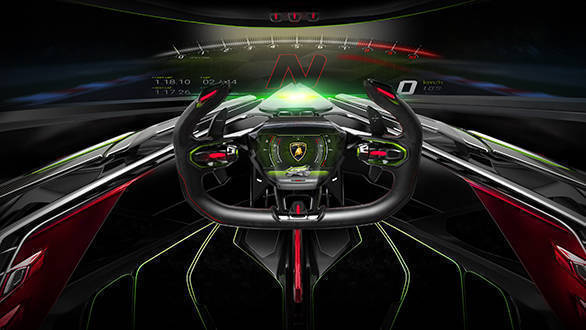 The cockpit of the virtual racecar gets a yoke like steering wheel with instrument cluster in the centre (where we would usually reach to honk!). The top of the cabin gets a few toggle switches again reminding from where the designers took inspiration. The head-up display runs across the windscreen and can be repositioned in the game should the driver/player wish. The hexagonal theme for windows is again inspiration from the Lamborghini Marzal from 1968. 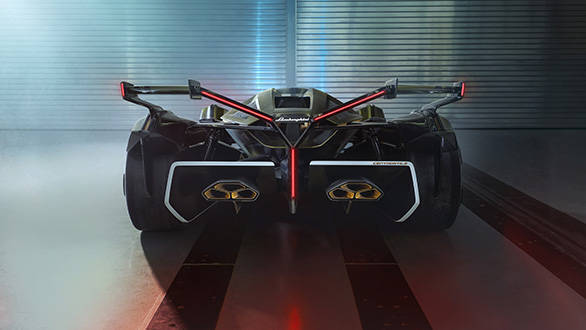 The drivetrain has been borrowed from the Lamborghini Sian V12. The hybrid powertrain is married to the 6.5-litre V12 from the Aventador SVJ and the combined power output is 819PS which lets the Sian get from 0 to 100 kmph in under 2.8 seconds and go on to a top speed of over 350 kmph. Similar numbers can be expected for the Lambo V12 in the Gran Turismo for Play Station 4. 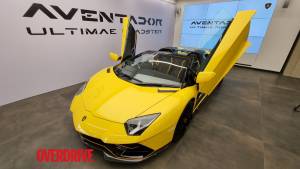 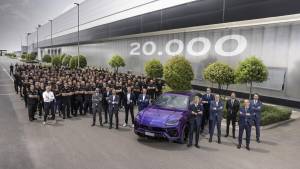 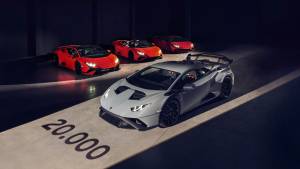