Stefano Domenicali, the chief executive officer of Lamborghini has said that the company expects to double their annual vehicle production to 7,000 units by 2019. According to a Reuters report, he has commented that Lamborghini will cap its annual supercar production to 3,500 units.

Lamborghini will be launching the new Urus SUV in 2018 and Domenicali expects its production to be as high as the sportscars. He has stated that the SUV's production could be further increased depending on the market demand.

During an interview with Reuters, Domenicali said that buyer interest in the upcoming Lamborghini SUV is high in the United States and other markets. He even commented that it will be a big game changer. However, he has clarified that Lamborghini will not deviate from its focus on manufacturing sportscars. "We will not, clearly, give up on our DNA, which is to produce super sportcars," he added.

Domenicali stated that Lamborghini intends to offer buyers a plug-in hybrid electric version of the SUV by 2020. He revealed that the new Lamborghini SUV could be a platform for future self-driving vehicles. He also commented that such vehicles won't hurt the brand. "If you buy a Lamborghini you want to drive. We are talking about emotions. In life, technology has to be part of the emotion," he added.

Lamborghini is planning to increase its global dealer network to 160 outlets from the current 132. The manufacturer is also expanding its Sant'Agata Bolognese plant to double the current size and hiring 500 new employees.

Globally, SUV's are seeing a lot of buyer interest. Considering the lucrative demand, car manufacturers are eager to grab their share of the pie. Apart from Lamborghini, Jaguar and Bentley have added a new SUV to their range. 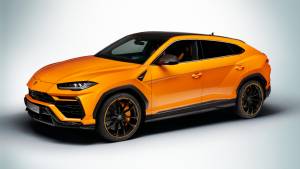 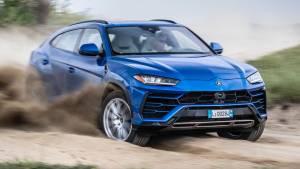