Lamborghini has found the most fitting celebration for the 50th anniversary of the Lamborghini Countach, it's brought the supercar icon back! Lamborghini hasn't traditionally been a brand to fall back on to its past, but on this occasion, a retro-styled homage seems perfect. The Countach is not just synonymous with the Lamborghini brand, 50 years on it is still exactly what comes to mind when you think of a Lamborghini, but it was also the supercar that set the template for everyone to follow since. 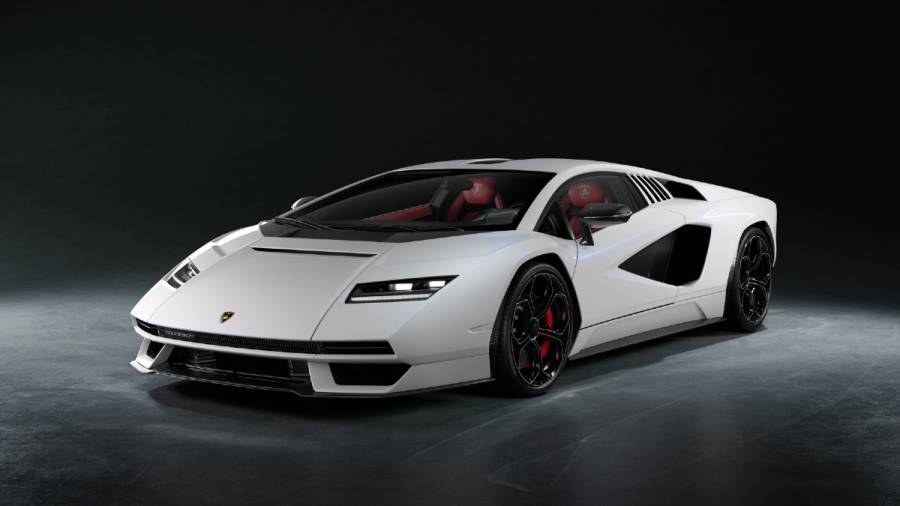 And if you've seen the last few Sant'Agata's creations, you'll know they don't do things in halves around those parts. The returning Lamborghini Countach LPI-800-4 is a perfectly judged neo-retro interpretation of the original. Design chief Mitja Borkert says that the key to this new version was to bring back the iconic design elements that debuted on the Countach and have since gone on to define the exaggerated wedge-shaped look of Lamborghinis ever since. So influences have come from the earlier, purer iterations of the car that were produced over its 20-year run. These influences start right from the sharp, single-lined silhouette, taken in its cleanest form from the LP500 Prototipo concept that debuted in 1971. The face with the barely-there horizontal grille is inspired by the later LP5000 Quattrovalvole from the mid-80s with the heavy angled front end. There are no pop-up headlamps but the original concept didn't have those either, so Lamborgini has stayed true to heritage in that respect. 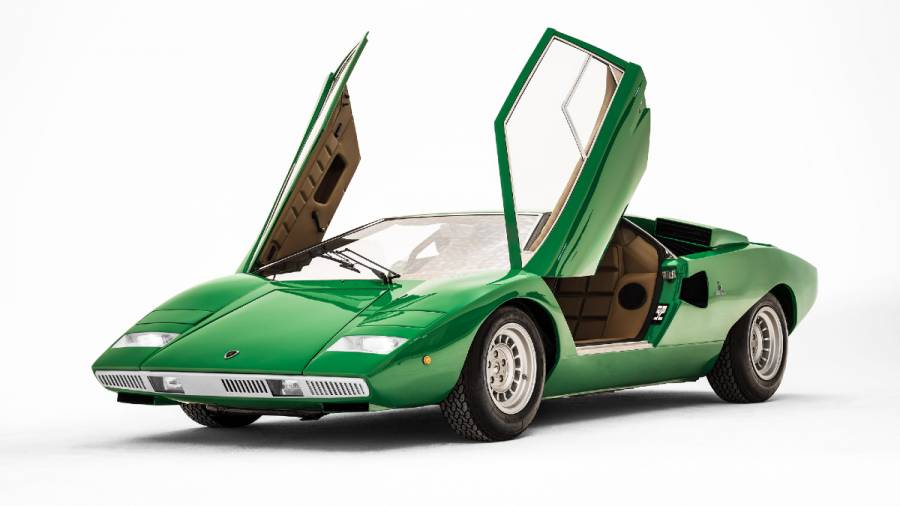 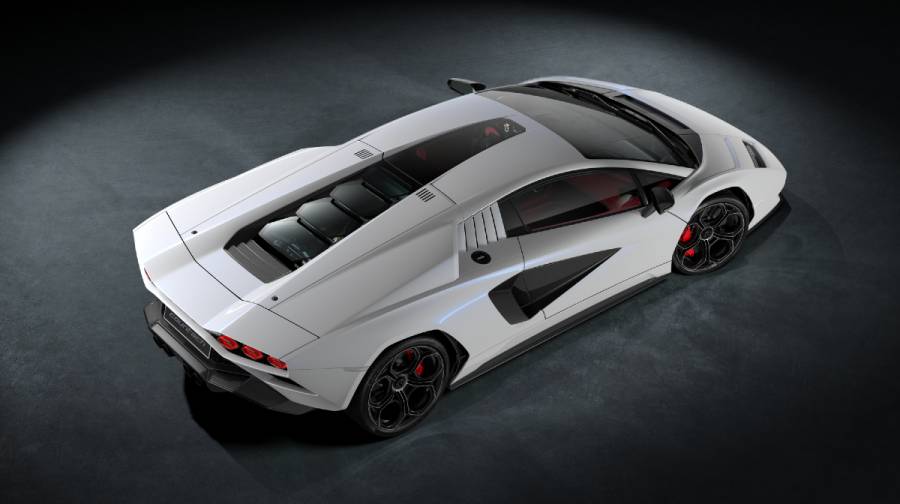 Moving along, the Countach LPI 800-4 incorporates the signature Periscopio design motif that came from the periscope-style rear-view mirror in the 1974 LP400 production version. This arrangement of a triangular compartment to highlight the engine has remained a trait on every Lamborghini since. It is seen here in a purer form, starting in a glass roof panel that extended into the ridged engine cover. Other iconic touches that have been seen on every version of the Countach, and consequently here too, are the vertical 'shark gill' air intakes on the haunches and the functional NACA air intakes that are cut into the side and doors, much larger here given this car's outputs. The scissor-doors, a Lamborghini staple, remain of course while the staggered 20-inch front and 21-inch rear alloys are styled in the period-correct 'pepper pot' pattern. 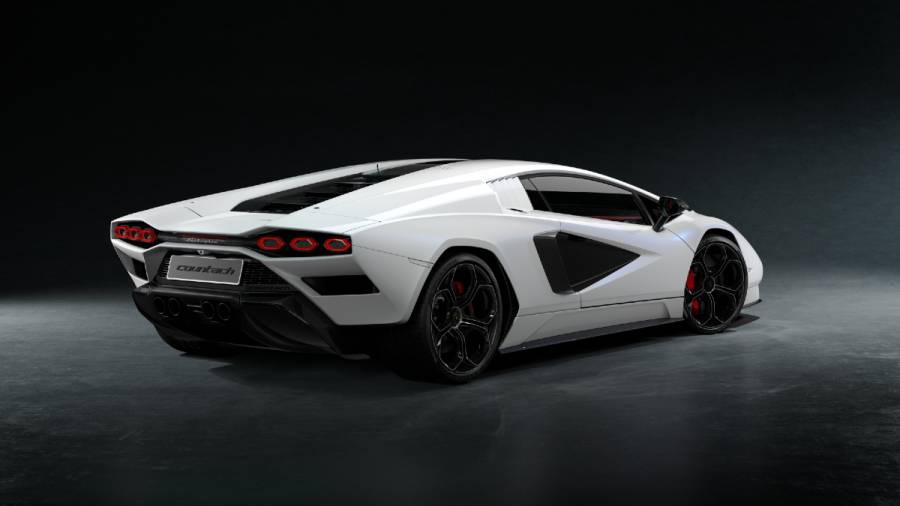 For the rear section, Lamborghini moved away from the more cluttered winged look of the later models, choosing to highlight the original's hexagonal motifs. Interpreted here with the inverted bottom section and with the deeper edges to the lower section of the bumper. Also reimagined is the three-part taillamps in LED form as well as the four-pot exhausts. Owners can choose to have the new Countach painted in solid colours to mimic the original, although move options are available from its customisation program. 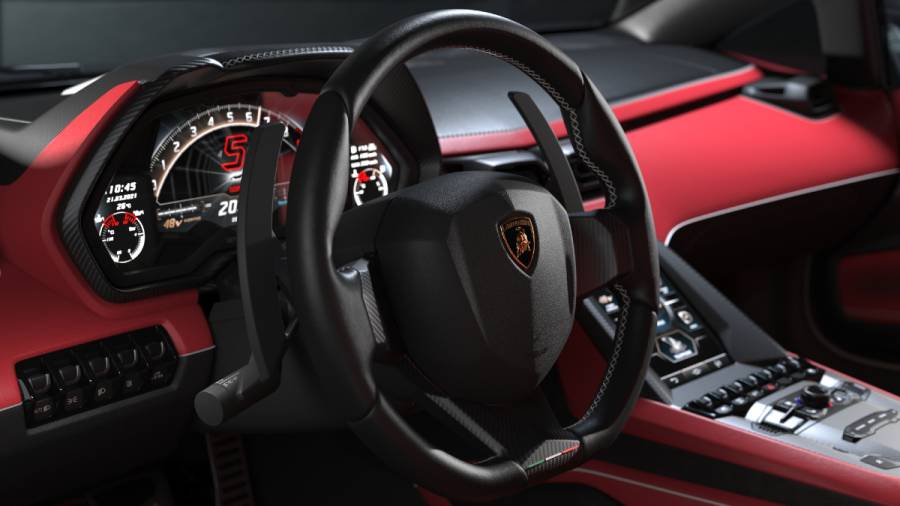 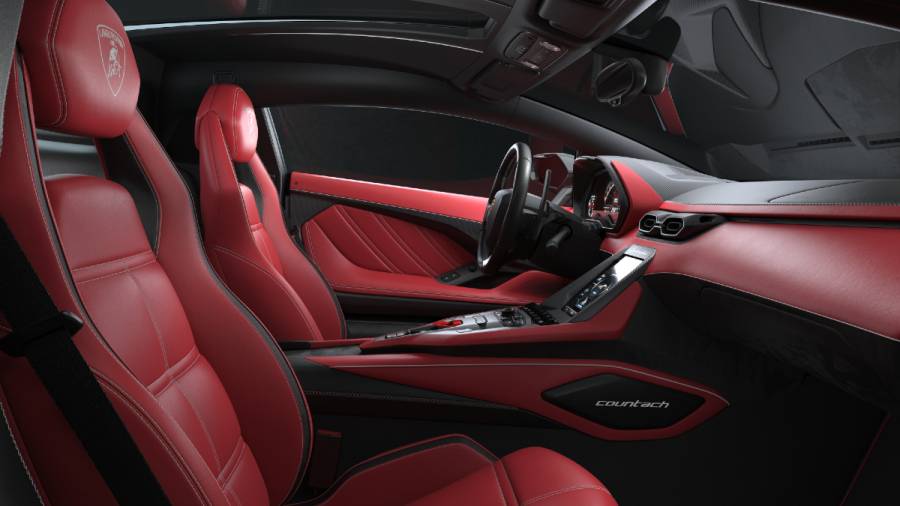 As for the interiors, the original's driver centred instrumentation and large steering wheel are seen here, with the digital instrumentation and switchgear from more Lamborghinis of course. The quite simple slab that made for the original's dash has been reworked to better fit this car's straight-edged theme but the slated, high central tunnel is quite apparent. Although it now houses an 8.4-inch touchscreen and aircraft-style switches. Also, note the largely single-tone colour scheme chosen to mimic 80s cabin ambience.

Underneath this neo-retro bodywork, the Countach LPI 800-4 is essentially a Sian, which itself was an advancement on the Aventador. So you have an all-carbon monocoque chassis and a full carbon body allowing for a 1,595 kg dry weight. Moving this along is the 6.5-litre naturally aspirated V12 that puts out 780PS and 720 Nm while the electric motor that is bolted to the 7-speed automated manual gearbox makes 34PS and 35 Nm additionally. Like in the Sian, the electric motor is powered by a supercapacitor that is much more energy-dense and far quicker to recharge. Know more about the Sian and this tech here. As for the numbers, the Countach can do 0 to 100 kmph in 2.8s, 0 to 200 kmph in 8.6 seconds and reach a top speed of 355 kmph. 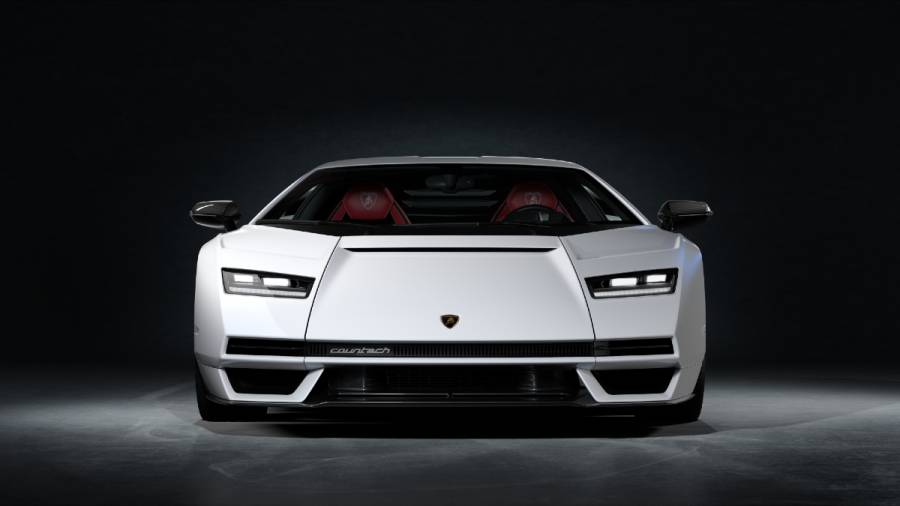 Only 112 units of the Lamborghini Countach LPI 800-4 are being made, all of which have been sold. This number is the nod to the original 1971's LP 112 internal project code. Lamborghini was very clear to us in saying that this Countach is purely an appreciation of the original on its 50th anniversary. None of this car's design cues will be seen in the new electrified Lamborghinis that are just around the corner. Think of this as a fitting a send-off as possible for Lamborghinis of this era, the Aventador shares its lineage with the Countach, as the Aventador's successor moves to a new V12 motor as a plug-in hybrid.

Lamborghini to be fully electrified by 2024, first BEV post-2025 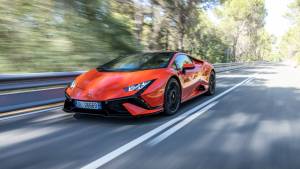 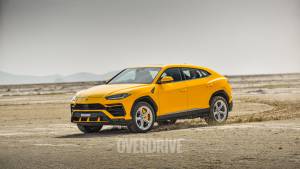 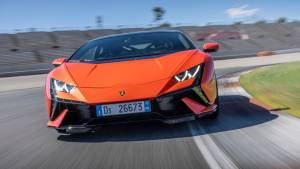