The weekend was a mixed bag for Kush Maini as he slipped to the 17th position overall at the end of the final heat, a broken bumper turning out to become the proverbial spanner in the works. The young racer, however, did not get bogged down as he drove a gritty race to finish third in the pre-finals. This strong finish also ensured that Kush started from P6 for the final race.

At the start of the final race, Kush Maini managed to overtake two karts and was in position three by lap five. As the race progressed, the heavens opened, resulting in the top two drivers losing control and going off. The race was hence red flagged on lap nine. The restart saw Maini start in third and hang on to his position as began chasing down the lead pair. A daring move on lap 15 saw him take the lead, but as he approached the finish line, Sargent Logan pipped him to P1.

Elated after the win and a P4 finish in the championship, Kush Maini said, "I'm very happy to finish second after a very difficult weekend. I was able to make some good moves today and I'm quite happy with the way that I've driven. The team has done a fantastic job with my kart, especially today for the pre-final and final. Considering I finished 17th in one of the races yesterday and had to start ninth for my pre-final today, it's definitely one of the better races I have driven."

The  Bangalore boy will now participate in the World Series of Karting which begins on February 26, 2015. The series will see 54 competitors from 27 countries battle it out for the champions crown, which has been a stepping stone for many racers including seven time Formula One world champion, Michael Schumacher. 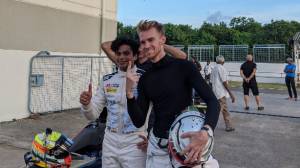 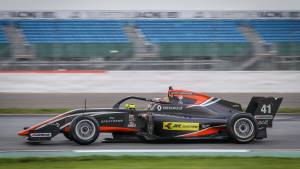