We have been eyeing the KTM 790 Adventure ever since it was first unveiled in the 790 Adventure R prototype form at EICMA 2017. Now, however, a different version of the middleweight adventure tourer motorcycle has been spotted testing. In the spy shots, there are some noticeable changes to the motorcycle from its R prototype form. The spied motorcycle now appears to be a separate touring-oriented package or KTM 790 Adventure S variant, as seen on its larger 1090 and 1290 Adventure siblings. It features a larger windscreen. The large Dakar-style display from the R prototype has also been downsized on this one. The front mudguard now sits conventionally around the tyre, instead of the floating type seen earlier, and the seat is a split unit. 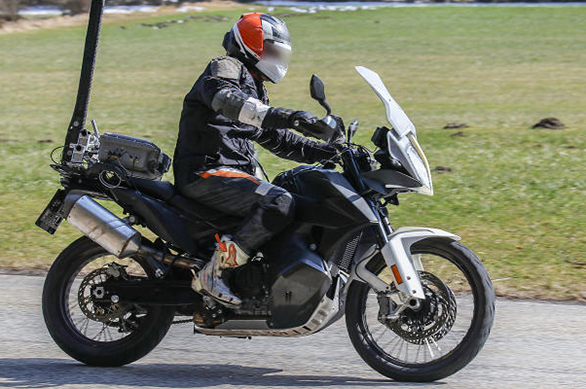 There is also a large shroud covering the engine as seen on the prototype, which is usually found on rally-spec motorcycles. Like its larger Adventure S siblings, this motorcycle will also sport 19-inch front and 17-inch rear spoked wheels, and not the 21 front and 18 rear wheels with knobbies of the R. The KTM 790 Adventure is an important motorcycle for the Austrian motorcycle maker, for, it bridges the gap between its Enduro series and larger 1090 and 1290 Adventure series motorcycles. 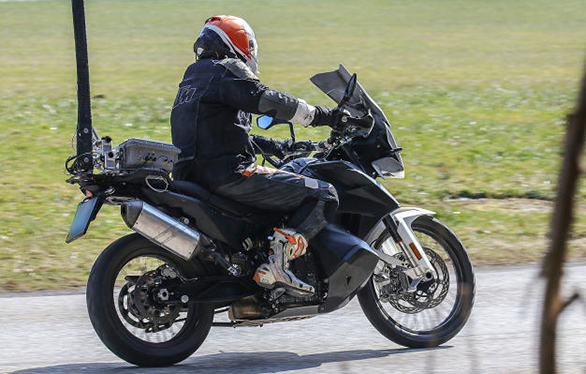 The 790 Adventure shares its 799cc liquid-cooled parallel-twin motor with the KTM 790 Duke, although it may be tuned differently to the former's intended usage. According to OVERDRIVE's earlier reports, we will see the 790 Duke in India before the Adventure model line comes here. The production-spec motorcycle could make its official debut at the Intermot 2018 in November, which is when we will have a clearer idea of the specifications and other details.