The KTM 390 Duke is finally here and much like its younger sibling, the 200 Duke, Bajaj has got the pricing for this street naked spot on as well. The 390 Duke is priced at ? 1.8 lakh, ex-showroom Delhi, which makes it significantly cheaper than the Kawasaki Ninja 300 and almost on par with Honda's CBR250R. This is an introductory price, however. The 390 Duke uses the same cycle parts including the chassis, suspension and the wheels as the 200 Duke, but an all-new engine means it is of a higher capacity, and also way more powerful now. It produces a max power of 44PS from its 375cc, which is by far the highest in its class. Expect a 0-100kmph time of under 6 seconds and a top speed of over 160kmph. 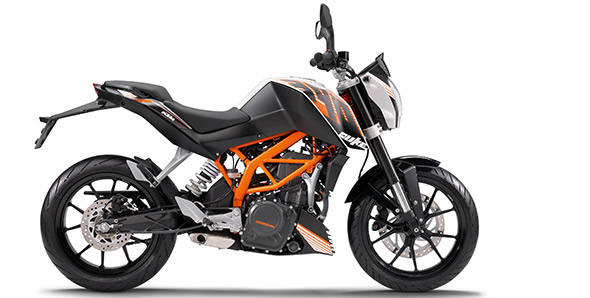 Besides a more powerful engine, the 390 Duke can also be distinguished by its orange frame and new Metzeler rubber. The bike comes with ABS as well, even though the brake sizes remain unchanged compared to the 200 Duke. Other changes include revised ratios for the gearbox; the 390 employs relatively taller gearing compared to the 200 and as a result it isn't as manic as the smaller capacity Duke. This also means cruising at three digit speeds in 6th is a lot less hectic on the 390 Duke. KTM will also launch a faired version of the motorcycle in 2014, albeit with a higher price tag. 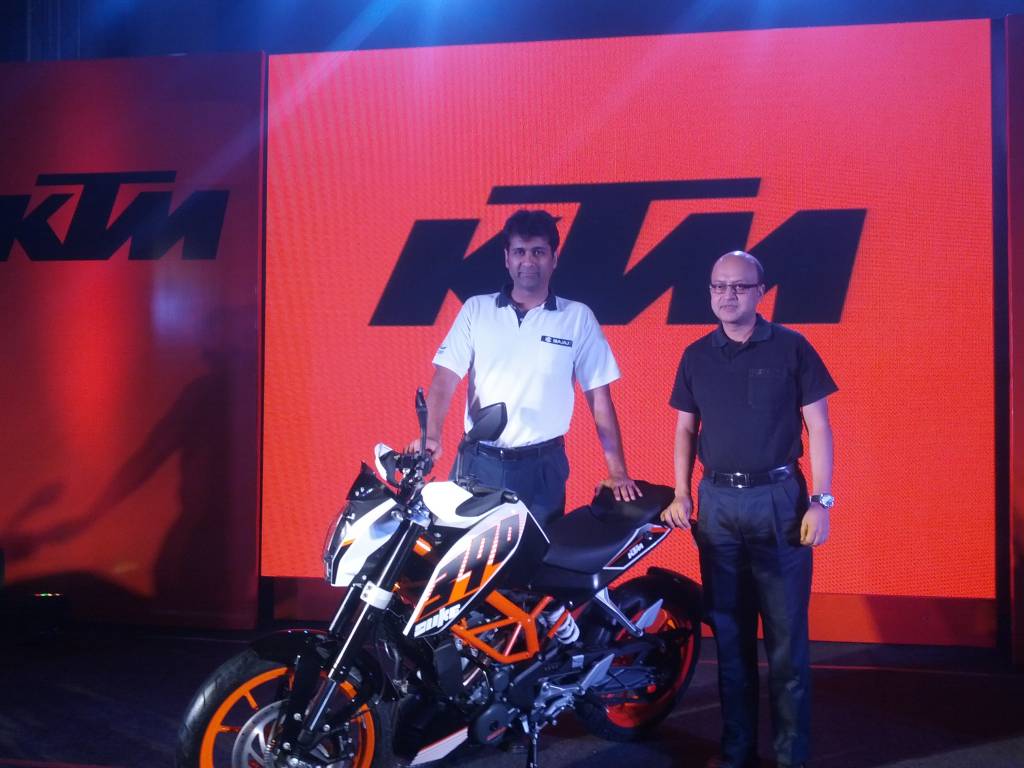 Those hand guards aren't just for display: they're standard on the India 390 Duke 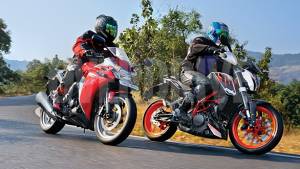 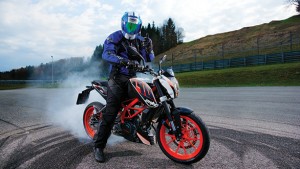