Koenigsegg Automotive is all set to re-enter the US market and showcase the Agera XS at the ongoing Monterey Car Week in California. The Swedish supercar maker says that the Agera XS (which is essentially the Agera RS) is badged as per the request of its owner. It's the only street-legal, fully homologated sportscar in the US to boast an incredible power to weight ratio that's just short of the hallowed One:1 (1300PS: 1349kg in the Agera XS). 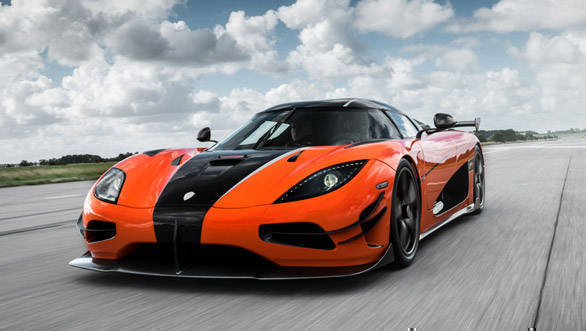 Speaking about the car, company chief, Christian von Koenigsegg, said, "It is a true pleasure for us to present the Agera XS at this year's Monterey Car Week, especially as this is the first Agera RS that will be fully homologated for use on American roads. Our re-entry into the US market a watershed moment for our company, and the Agera XS is the perfect car to emphasise this occasion.

The response to the Agera RS and the Regera in the USA has been overwhelming, and we look forward to delivering the ultimate in automotive performance to our American customers in the very near future," he added. 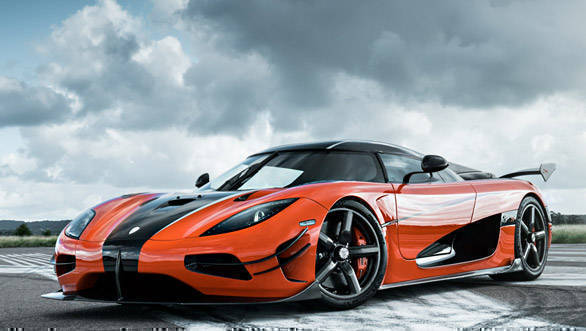 The car features a special and very lurid shade of orange, called Karosserie Orange. It has, what the company calls, the diamond dust effect which explains the lustre. There's also a super expensive clear carbon strip along its centre, lending a lovely contrast.

This Agera XS also sports the biggest wing to ever grace the behind of a Koenigsegg, again on request of the customer. Finished in carbon fibre, the wing is reminiscent of the unit on the Regera.

The roof is made of lightweight materials and can be stowed away in the hood. The interiors are finished in black alcantara and contrasting orange stitching in keeping with the theme on the outside. 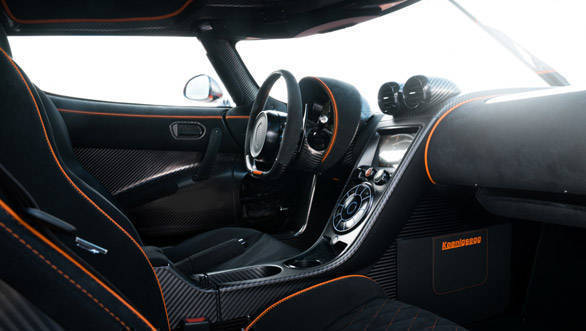 The Agera RS/XS is powered by a 5-litre, twin-turbo V8 motor mated to a CIMA developed, 7-speed transmission and an E-Diff developed by Koenigsegg. Claimed 0-300kmph figure is an astonishing 14 seconds while 0-402kmph is in a jaw-dropping 20 seconds!

There are a host of aerodynamic bits to keep the car in control at such ludicrous speeds, which also include active front and rear wings. 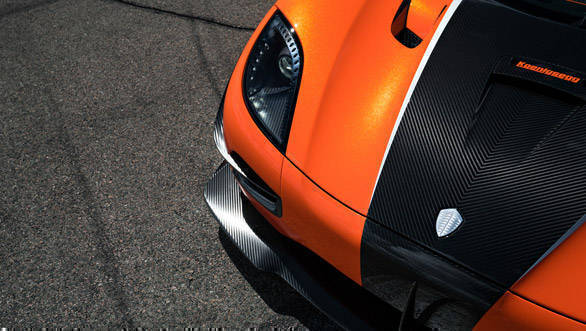 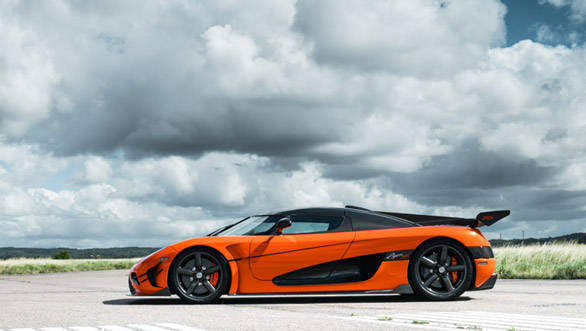 Koenigseggs have always stood out as cars that are both bespoke as well as technologically advanced. The One:1 (which forms the base for the Agera RS/XS) is regarded as the world's first homologated production car to produce 1MW of power. The Regera is another example of Koenigsegg's expertise and capabilities. A twin-turbo V8 is mated to a three electric motors that supply power to the wheels via the revolutionary Koenigsegg Direct Drive technology which does away with a traditional gearbox.