Kawasaki Z1000 is meaner, better and headed for India

Kawasaki's design team is drinking something very heady and the results are stunning. Out of Japan comes the new Z1000 the sharpest, most aggressive looking naked bike we have cast eyes on in years. And it features engine updates, chassis changes as well as standard ABS. Further, we are expecting Kawasaki India to bring the Z1000 here as well shortly. 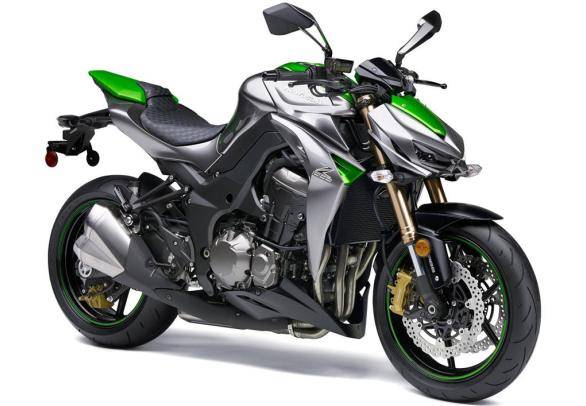 The engine is still a 1043cc inline four but there are new passages to cut pumping losses, a new intake cam setup that boosts power at low revs and all this breathes through a new airbox that, says Kawasaki, among other things, improves the induction roar. Kawasaki have also added a shorter final gearing for still better acceleration and a taller sixth gear which should mean lower revs at speed for better fuel economy and highway cruising.

This motor is suspended from an aluminium frame that doesn't wrap around the engine head, but goes over it. This makes for a narrower motorcycle, always good for ride feel and the sense of control over the motorcycle. Behind the frame is a new sub-frame on which sits a superbly sharp and fetching tail section. We rather like the Z motif on the seat cover too. Finally, the tank is a bit larger than before and the weight is up 3kg in the process as well. 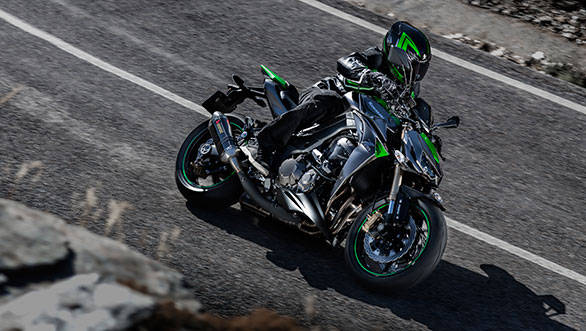 Suspension, then. The front is a Showa big piston job - that means one fork handles compression and the other handles rebound damping. At the rear is a horizontally mounted shock with preload as well as rebound adjustment.

The ZX-6R donates its one-piece Nissin calipers for the 310mm petal disc and the rear has a 250mm disc, both with independent ABS. The final touches include the new all-digital instruments with a ZX-10R style all-LED rev counter. 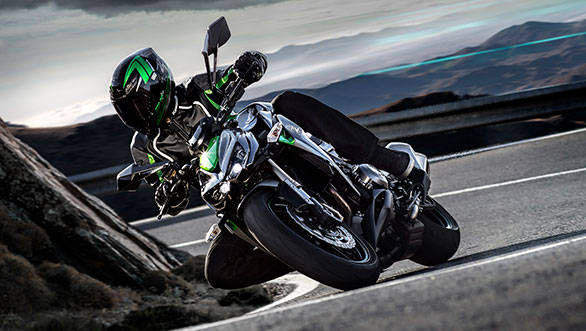 For the Z1000, the ZX-6R donates its one-piece Nissin calipers for the 310mm petal disc and the rear has a 250mm disc

The Z1000 looks terrific and we are expecting that the Kawasaki India will announce the motorcycle's entry into the Indian market shortly. A naked Kawasaki has been on the cards for a while and we believe this is the motorcycle that opens that door. Expect prices in the Rs 10-11 lakh range.