Kawasaki has launched the 2020 Versys 650 BSVI in India at Rs 6.79 lakh, ex-showroom, which has made it Rs 11,000 more premium than its BSIV iteration. Visually, it features different tweaked vinyls to distinguish itself from the BSIV iteration. The design and features list remain unchanged. The Versys 650 is the third 650cc offering from the Japanese motorcycle manufacturer after the Ninja 650 and the Z 650 to get the BSVI update. 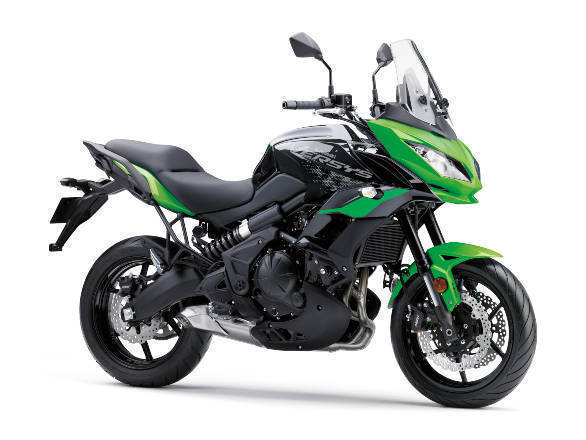 Powering the Versys 650 BSVI is the same liquid-cooled 649cc parallel-twin engine that makes 66PS of power at 8,500 rpm and generates 61Nm at 7,000rpm, mated to a 6-speed gearbox. These power and torque numbers have been dropped by 3PS and 3Nm when compared to the BSIV iteration, in the process of making the engine BSVI compliant.

In terms of kit, the Versys 650 continues to be equipped with USD forks with adjustable rebound damping and adjustable preload and 150mm travel in the front and mono-shock with remote spring preload adjustability and 145 mm travel in the rear. The ADV features an adjustable windscreen, wide handlebar and 17-inch alloy wheels. While its 650cc siblings, the Ninja and the Z now come equipped with TFT cluster and LED lighting, the Versys 650BSVI continues to be offered with part analogue-digital cluster with inverted LCD display, which does look dated now. Especially, when you compare it with that of the entry-level KTM 390 Adventure that comes with TFT and looks much more modern and offers more features. 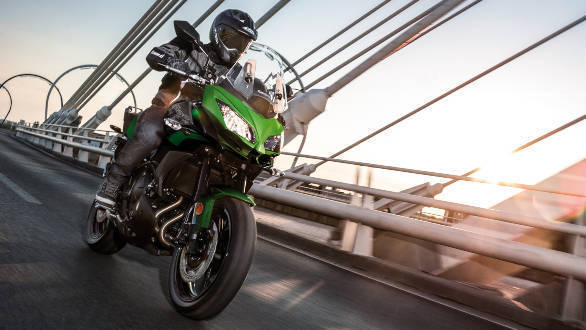 Importantly, in Kawasaki's ADV portfolio, it is the Versys 650 that has become the range starter as the Versys X-300 has been discontinued from the portfolio. The flagship offering, the Versys 1000 is priced at Rs. 10.99 lakh, ex-showroom.